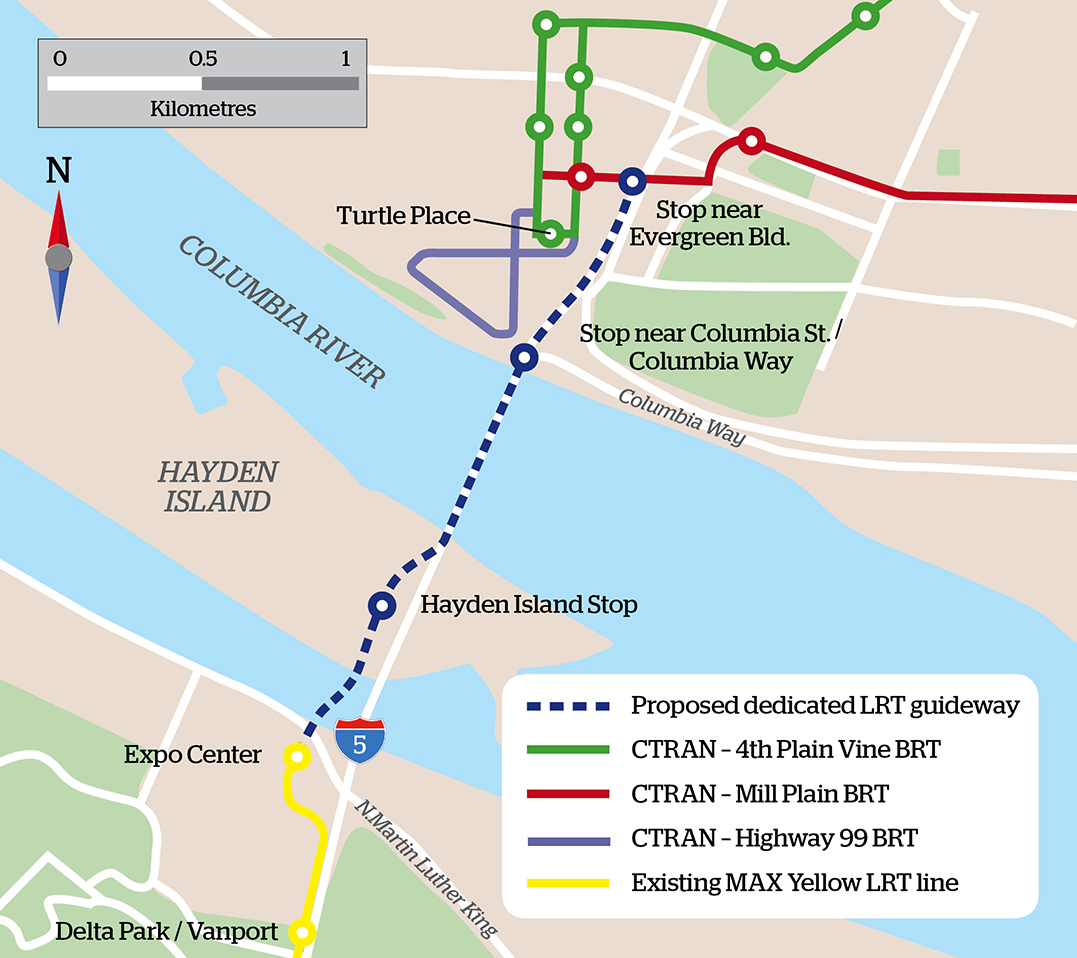 A map of the recommended MAX extension to Vancouver, WA. TAUT

Studies for expanding high-capacity transit across the Columbia River between Portland, OR, and Vancouver, WA, have identified a preferred option of a light rail link. The plan calls for a mixed-use bridge, including eight highway lanes, which would take light rail from the existing MAX Expo station in Portland to Evergreen Blvd in Vancouver, running adjacent to Interstate 5.

Chosen from 11 options which included both light rail and Bus Rapid Transit; the latest plan eliminates the controversial light rail alignment through downtown Vancouver which was part of plans rejected in a referendum in 2013.

Previous discussions about replacing the Interstate Bridge across the river failed in 2014, partly due to opposition to light rail in its then-proposed form, with the Washington Legislature voting not to fund its share of the project. This time around Washington has already allocated USD1bn for the project; the final cost is still unknown, but is expected to be in the range of USD3.5-4.8bn and require contributions from both states and the Federal Government.

However there is growing demand for transit across the Columbia River, and BRT would offer less capacity than light rail, as well as requiring a transfer at Expo Center for travellers to and from Portland. C-Tran (provider of bus services in Clark County) has operated a bus rapid transit line since 2017 and TriMet (operator of MAX light rail) is expected to start service on its first route in September.

Both TriMet and C-Tran support terminatingat Evergreen.However, avoiding downtown Vancouver limits the walking radius of stations although this alignment would have fewer property impacts.

The project team will now present its plans to no less than nine local and state government agencies with a stake in the new crossing. If those groups all approve the proposal, perhaps as early as July, it will move forward to the environmental review process.