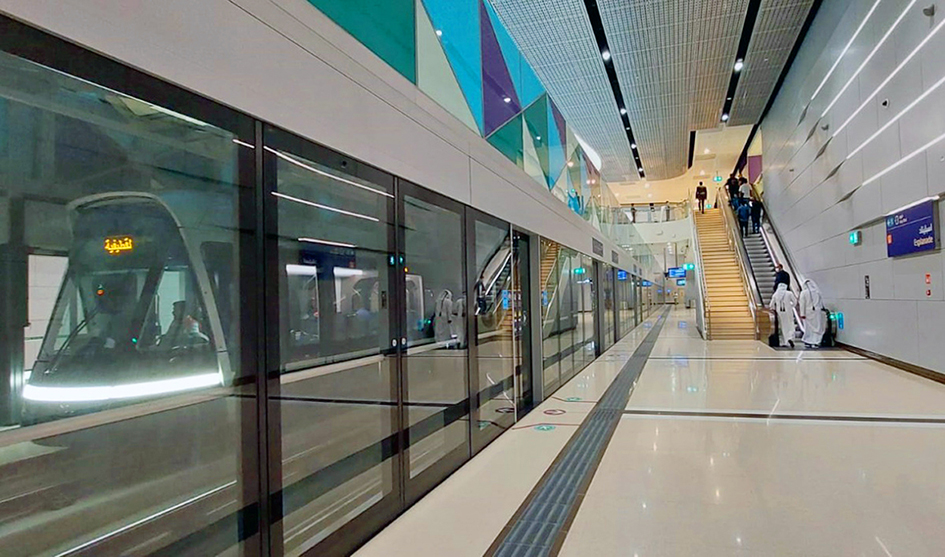 The first section of the new Lusail tramway runs in subway. An Alstom Citadis tram can be seen through the platform doors.

The first 5.5km (3.4 miles) and six stops of the Orange line of the Lusail tramway opened on 1 January 2022, as a preview service, linking Energy City South and Legtaifiya (metro interchange), all in subway.

The Qatari system’s Alstom Citadis trams (which have both standard and family class sections) operate 06.00-23.00 Saturday to Wednesday, 06.00-23.59 on Thursday and 14.00-23.59 on Fridays.Doha Metro travel cards are valid on the tram, with passengers required to tap in and tap out.

The full 28km (17.4-mile) four-line network will eventually cover Lusail City and connect with the city’s metro via the two stations of Legtaifiya and Lusail.