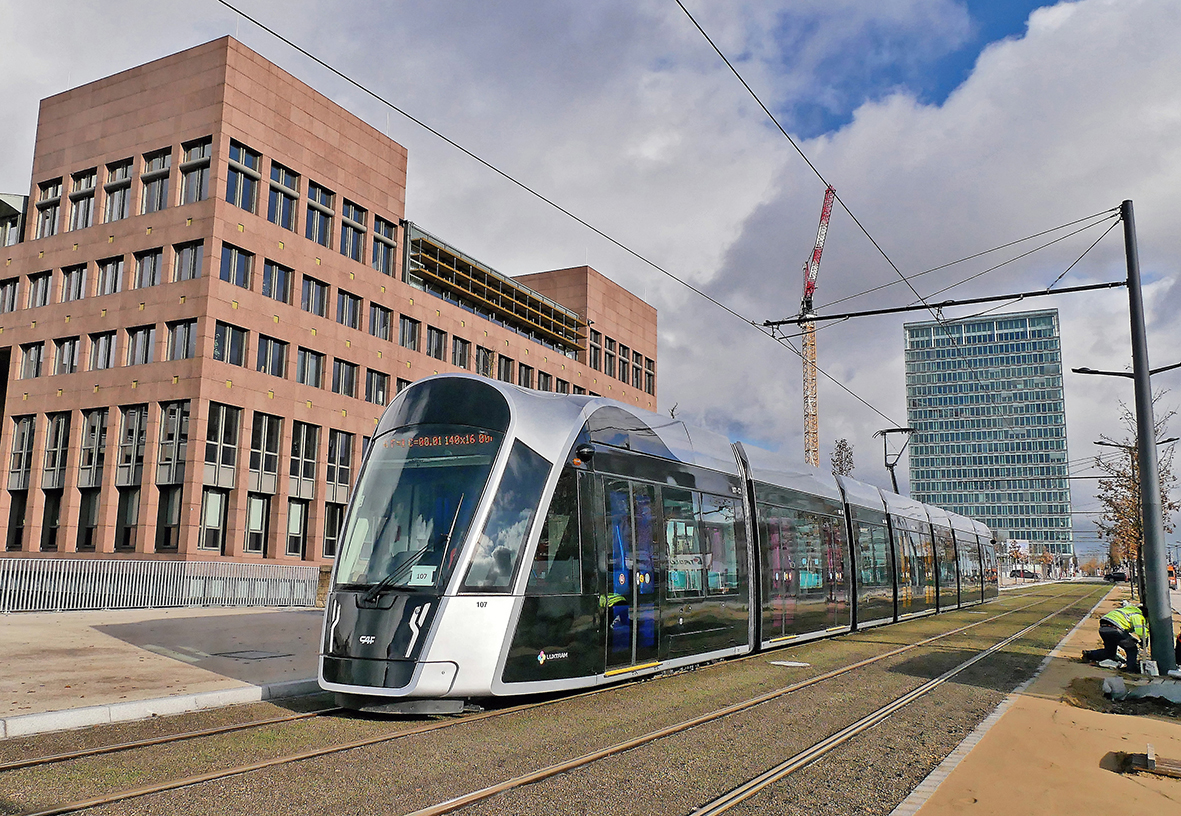 Luxembourg’s first modern trams ran in December 2017, from 2020 all public transport in the country will be fare-free. Image courtesy of F. Wagner

With Luxembourg’s October national elections returning no majority, a coalition of incumbent Prime Minister Xavier Bettel’s Democratic Party with the Socialist Workers’ Party and the Greens was formed in December, promising to remove fares from public transport nationwide in 2020. Prioritising environmental issues during his campaign,
Mr Bettel was sworn in for a second term on 5 December.

The capital, Luxembourg City, is home to around 110 000 people with a further 400 000 commuting into the city each day. It suffers from some of the worst traffic congestion in Europe, a 2017 study suggesting that drivers in the capital spent an average of 33 hours in traffic jams in the previous year.

The new move is the latest in a series of progressive policies aimed at reducing congestion. In the summer of 2018 free travel for young people under the age of 20 was introduced, with capped fares for two hours of travel for commuters at EUR2. In a country of just 2590km2 (999 sq. miles) this covers most journeys.

Upon completion, proposed for 2023, T1 will run for 16.2km (ten miles) between the new national stadium in Cloche d’Or and the country’s international airport, around 8km (five miles) north-east of the capital.

Services are provided by a fleet of CAF Urbos trams operating under battery power in the city centre.