Lvyonok cars to arrive in Yekaterinburg 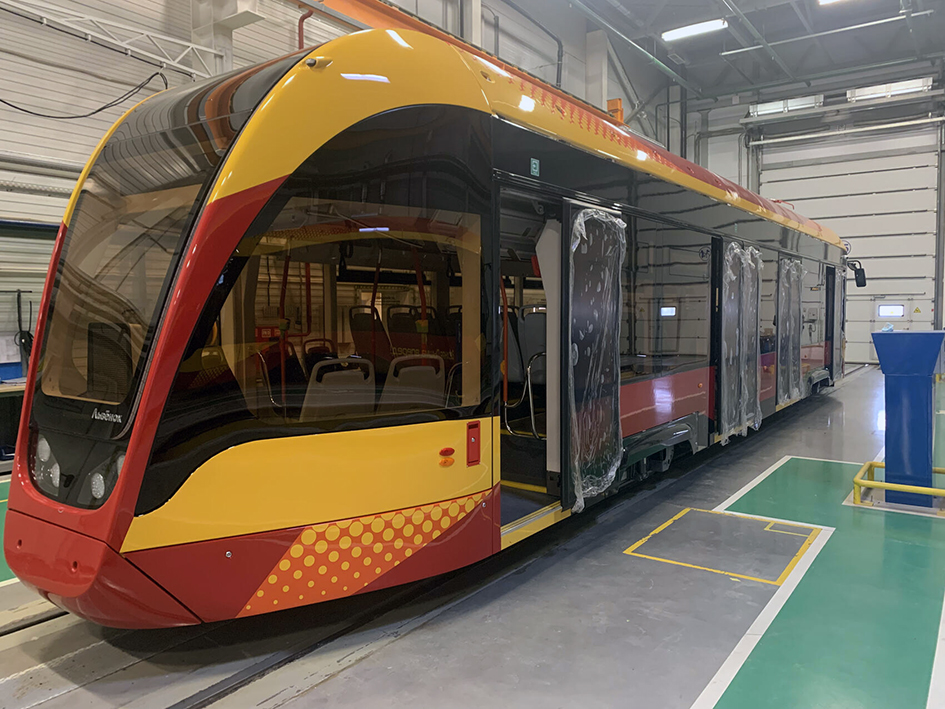 The striking yellow and red livery of the new 71-911EM Lvyonok low-floor cars for Yekaterinburg. The first of 11 trams are due to enter service this June. PK-TS

Yekaterinburg (Russia) is to receive 11 71-911EM Lvyonok trams by the start of June, to operate over the line to Verkhnyaya Pyshma. The vehicles are being delivered from the Tver factory of PK Transportnye Systemy (PK-TS) under a contract signed in 2021; five are already completed, with the rest at the assembly stage.

The 82km (51-mile) 1524mm-gauge network in the former Sverdlovsk, a city of around 1.3m people in the Ural mountains, opened in 1929. Operations are currently dominated by ČKD Tatra trams, most of which are over 30 years old.

At 16.7m long and 2.5m wide, the modern Lvyonok cars can carry 95 passengers (36 seated) at four people per m2; the design was revealed  at the major InnoTrans trade show in Berlin, during 2018. The low-floor vehicles, which have become popular in Russia, are a development of the 71-911EM City Star. Outside their home country, 71-911 trams are also in operation in Daugavpils, Latvia.

In addition to its tramway, Yekaterinburg also has a 13km (eight-mile) metro system, which opened in 1991.