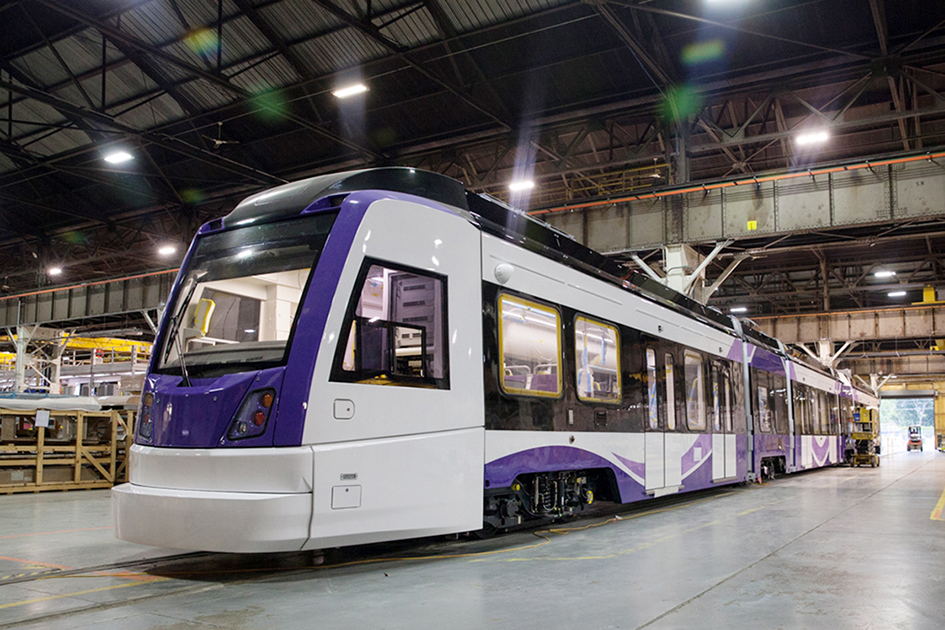 Maryland’s Purple line is a planned 26.1km (16.2-mile) orbital LRT link to connect Bethesda and New Carrollton via Silver Spring and College Park in the suburbs north of Washington, DC. Offering interchange with four Washington Metro lines, it will use part of the abandoned alignment of the former CSX Georgetown branch (since converted to a pedestrian and bicycle trail).

The light rail project was approved in October 2009 and procured as a Public-Private Partnership. In March 2016 the Purple Line Transit Partners (PLTP) consortium led by Fluor was chosen to finance, design, build, equip, operate and maintain the line under a USD5.6bn 36-year contract; USD168m was to come from the State of Maryland and USD900m from Federal sources. Work began in August 2017 and a fleet of 26 41m double-ended LRVs were ordered from CAF for USD200m.

However, by 2020 the project had accrued over USD800m in change orders and the six-year construction phase had been extended by 32 months. Disputes subsequently saw PLTP choose to walk away from the project and after some legal wrangling, it ceased work in September 2020. Discussions continued behind closed doors, and on 24 November the State of Maryland and PLTP announced a USD250m agreement to settle all claims relating to the project.

Fluor is leaving the consortium so the Maryland Transit Administration will continue to manage construction while a new PPP partner is sought.