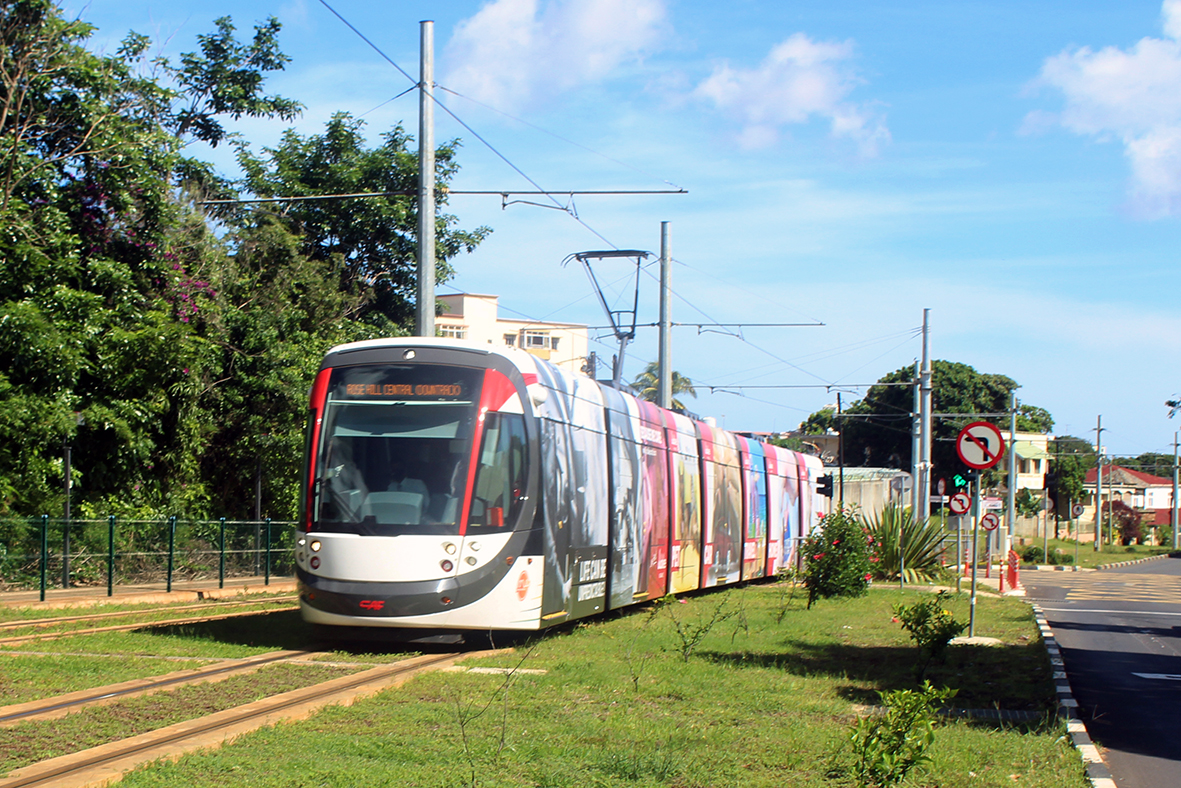 A CAF Urbos LRV on the Mauritius Metro Express line in 2020. O. Doyle

The 6.8km (4.2-mile) extension of the light rail line from Phoenix to Curepipe Central (Mauritius) formally opened to passengers on 10 October, offering a 40-minute journey time from the capital, Port Louis. The ceremonial inauguration was marked by Prime Minister Pravin Kumar Jugnauth cutting a ribbon on the previous day.

The line has been built by Indian company L&T Construction and serves the Phoenix Mall, a shopping centre station financed and developed by Ascensia. The Prime Minister said: “We are offering to the population a modern, comfortable, swift and reliable transport system that is transforming all the towns served by the light rail line.”

The first 13km (eight-mile) section of the Mauritius Metro Express (Rose Hill – Port Louis Victoria) opened on 22 December 2019. The route follows the alignment of the former Mauritius Government rail line which closed in 1964.

The light rail project was funded by a grant of USD275m from the Indian Government, backed up by a USD250m loan from the same source. CAF has supplied 45.4m seven-section Urbos low-floor double-ended trams under a EUR100m contract, awarded in December 2017, that includes signalling, automatic vehicle location and tramway priority systems, depot equipment and a driving simulator.

The 18-strong tram fleet is based at Richelieu Depot between Barkly and Coromandel stops.