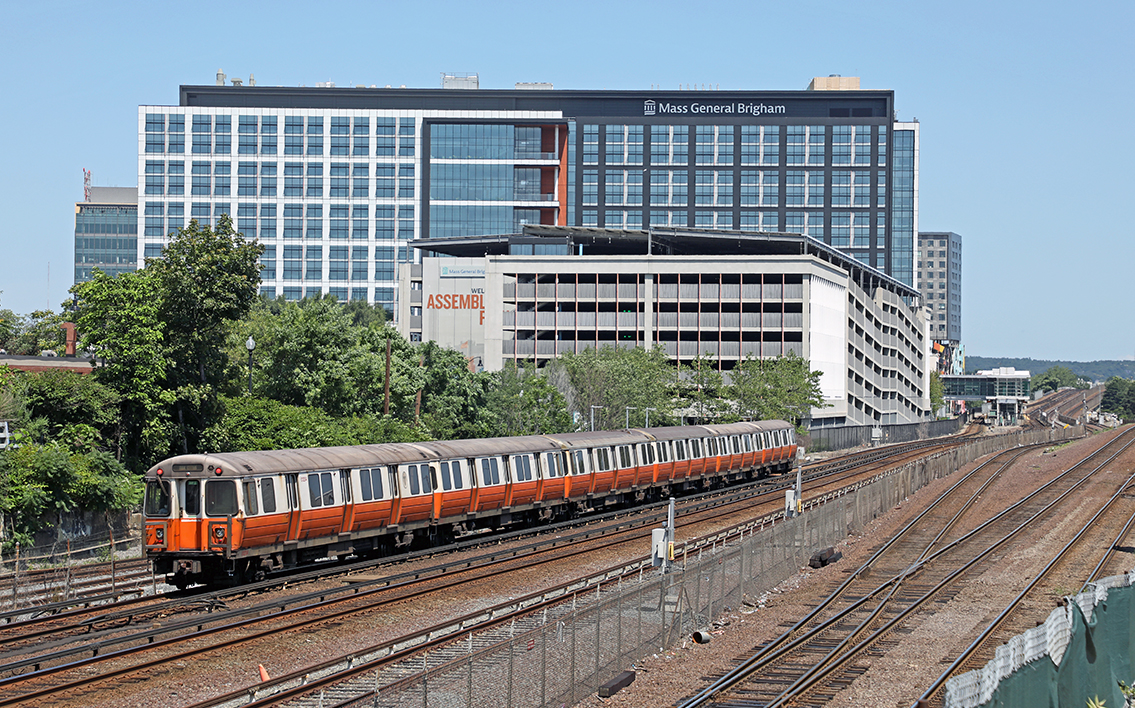 An Orange line train at Assembly station in July 2021. A. Grahl

A month-long shutdown of Boston’s Orange line is to begin at 21.00 on 19 August, with free bus shuttles replacing the subway service.

Closure of the 18km (11.25-mile) line is being used to address a long-standing maintenance backlog, with the Massachusetts Bay Transportation Authority (MBTA) saying that ‘thirty days of 24-hour access will replace more than five years of Orange line delays and weekend diversions’.

The oldest of the MBTA’s three heavy rail subway services, today’s Orange line runs from Oak Grove in the north south-west to Forest Hills with 20 stations.

In an overlapping programme, a section of the Green line will close between 22 August and 18 September. Service on the E line between Government Center and the new Union Square station in Somerville will also be replaced by free shuttle buses.

The temporary suspension will allow demolition to continue on the Government Center parking garage and ongoing connecting works for the new section to Medford. Opening of this 4.8km (three-mile) route has now been delayed until late November.

The Green line’s E branch from Copley to Heath Street is also closed from 6 August to 21 August for track improvements.

> A detailed overview of current and future MBTA projects appeared in TAUT 1015 (July 2022).