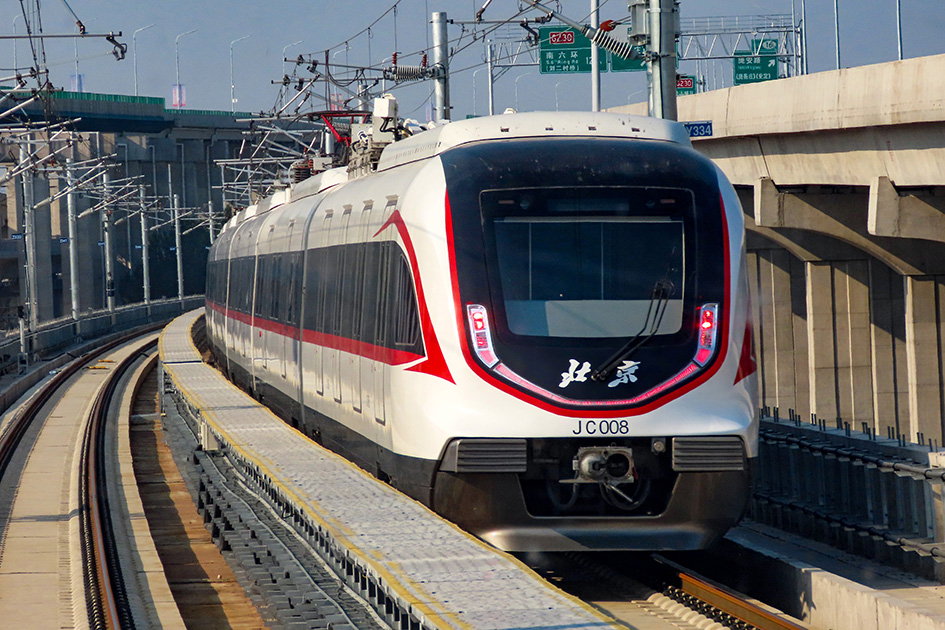 Late September brought a further wave of metro openings across China, as the country prepared to celebrate the 70th anniversary of the formation of the Communist state on 1 October.

The capital Beijing saw the opening of no less than 88km (54.6 miles) of railway to coincide with the start of flights to the city’s new Daxing airport on 26 September. This included the 41km (25.5-mile) suburban metro Daxing Airport Express running from Caogiao on metro line 10, as well as a new 47km (29-mile) high-speed route starting from Beijing West. Daxing Airport Express services utilise 12 eight-car trains built by CRRC Qingdao Sifang.

This expansion in no way reaches the limit of plans for Beijing’s metro system, and work is already underway to extend the network by 3.5km (2.2 miles) from Caoqiao to Lize Business District by the end of 2020.

Five days before the Beijing openings, trial passenger services had begun on a 34.2km (21.2-mile) north–south line from Forest Park to Nanxiashu in Changzhou (Jiangsu province) on 21 September. Changzhou’s main station and that at Changzhou North are both served by the new metro line, which is operated using 36 six-car trains. Here too further expansion is planned, with a 19.9km (12.4-mile) east–west line 2 expected to open in 2021.

In Xuzhou (also in Jiangsu province), 28 September brought the start of underground metro operation on a 22km (13.7-mile) east-west line running between Luwo and Xuzhouding East. CRRC Nanjing Puzhen has delivered 23 six-car trains for the line. Elsewhere, the same day also saw the start of services on the 19.1km (11.8-mile) line S1 from Olympic Centre to Shuang’ou Avenue in Wenzhou (Zhejiang province).

Late September also brought expansion of existing lines in addition to the opening of new ones. These included the extension of metro line 4 in the Hebei provincial capital of Wuhan, by 16km (ten miles) from Huangjinkou to Bolin on 25 September. In total, line 4 is now 48.6km (30.2 miles) long, and is operated by 70 six-car trains built by CRRC Zhuzhou and CRRC Changchun.

In the Henan provincial capital of Zhengzhou, a limited service began on 3.2km (two miles) of line 14 between Olympic Sports Centre and Tielu on 19 September. This underground line is to be extended to 7.5km (4.7 miles) next year.

Separately, approval has been given to expand the metro network in Chengdu (capital of Sichuan) to 31 lines, totalling 1557km (968 miles) by 2024.