Moscow to renew its tram depots by 2040 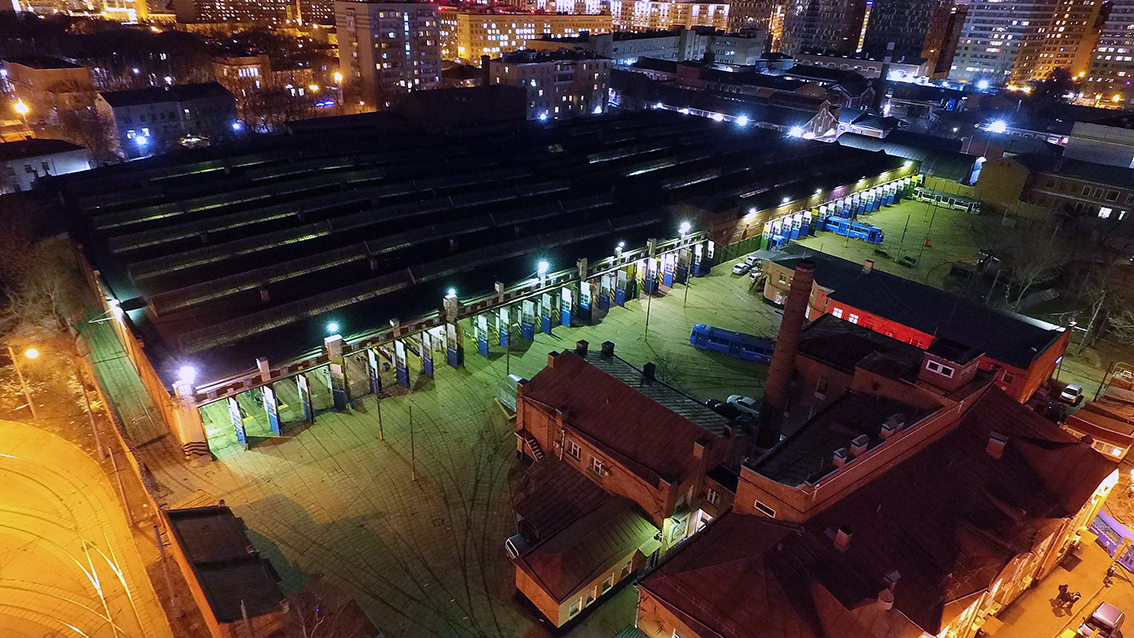 Moscow Metro has confirmed that reconstruction of the Russian capital’s five tramway depots, and the addition of a brand-new facility, will be complete by 2040.

The renewal programme will better suit the operation and maintenance of the new fleets which have replaced almost all of the city’s high-floor cars with low-floor single- and three-section trams in the past decade. This includes 70 Fokstrot (71-414) cars received from Pesa in 2014-2016, and 464 Vityaz-M (71-931M) and 40 Lyvonok (71-911EM) cars from domestic manufacturer PK Transportnye Systemy (PK-TS) in 2016-22. These trams are covered under a 30-year contract with spares, servicing and maintenance handled by PK-TS.

Modernisation of Apakov depot – the city’s oldest tramway facility, opened in 1909 – is due for completion this year. Many of this site’s duties were transferred to the Kirov workshop in the east of the city, itself modernised with new tracks and equipment, on a temporary basis in October 2020.

A new depot is also to be built on the site of the former 7th trolleybus facility (Nagatinskaya) depot by 2025. This site closed in 2019.

Maksim Liksutov, Deputy Mayor for Transport, said: “We continue replenishing the tram fleet with new cars so that by the end of 2023 Moscow will only have modern, low-floor trams that are comfortable for all passengers.

“The rolling stock of four depots has already been 100% renewed. All the tram depots in the city will have to meet the modern standards in order to operate the latest-generation vehicles.”

Moscow’s first electric tramway opened on 6 April 1899 (25 March under the old-style Julian calendar in use until 1918) and today covers around 160km (100 miles); around 20% of the population live within walking distance of a tram route.

Over the last five years, more than half the network’s infrastructure has been replaced or repaired and in 2021 Moscow Metro took over responsibility for the tramway, run by Mosgortrans since 1958.