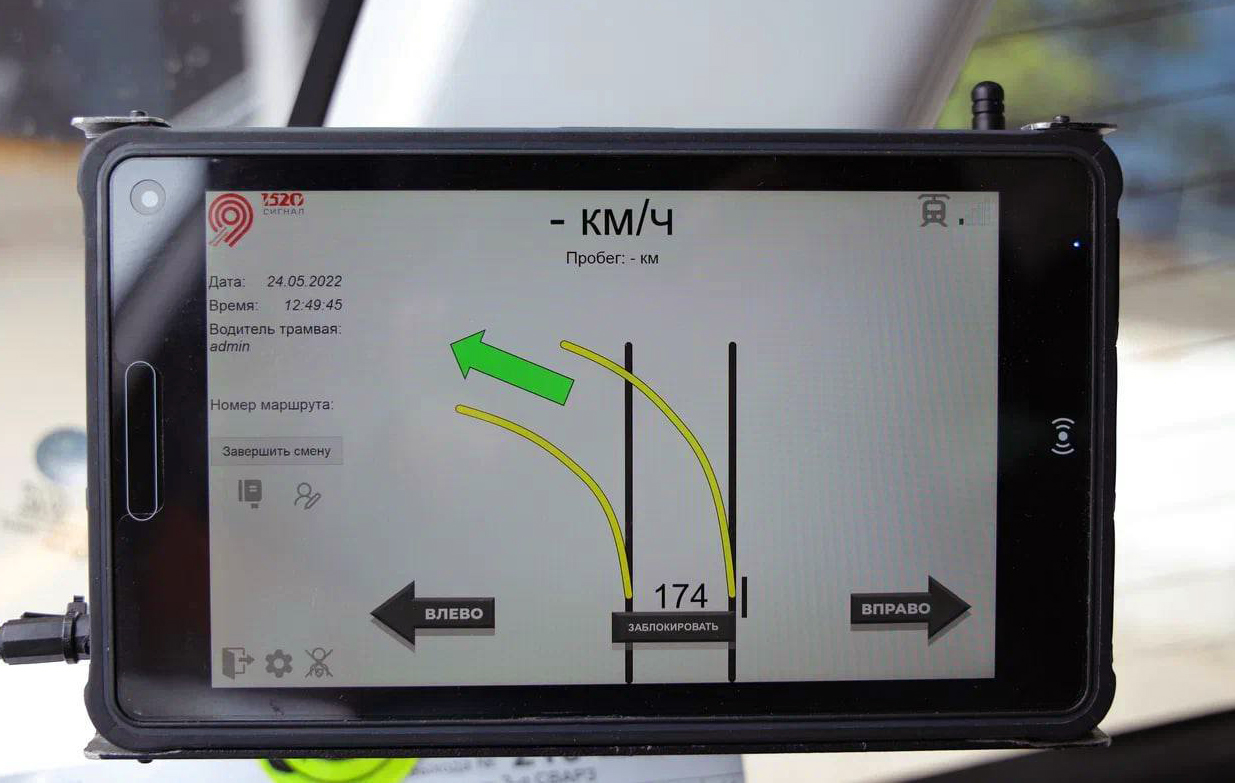 An example of the cab-mounted tablet used for the new automated tram switches. Courtesy of Moscow Metro

A new ‘smart switch’ has been installed on the tramway in Moskva (Moscow) as the start of a general rollout across the wider network in the Russian capital.

Replacing a traditional manually-operated switch near Kursky station in the eastern part of the city, the new version undertakes the role automatically; information about a tram’s route is transmitted from the vehicle to the switch, with the driver receiving confirmation about the blades’ position via a tablet in the cab.

The equipment has been installed in one of Moskva’s low-floor PK-TS Vityaz-Moscow trams, after it was successfully tested on the 71-623vehicle known as ‘the carrot’ due to its orange colour.

“We will gradually upgrade all the tram switches in Moscow. In addition to the control system, we plan to upgrade their design”, the Moscow Department of Transport reports.

“This way, the driver may not be distracted from the road – everything happens automatically. Trams will go faster and trips will become even safer. We use advanced Russian-made technologies… [never] used before in transport”.

Although far smaller than at its peak, Moskva’s tramway today still covers more than 400 track-km (250 track-miles). It has been operated by the Moscow Metro since February 2021; unified management and the application of metro standards are aimed at increasing speed, improving operational services and enhancing the quality of passenger service.