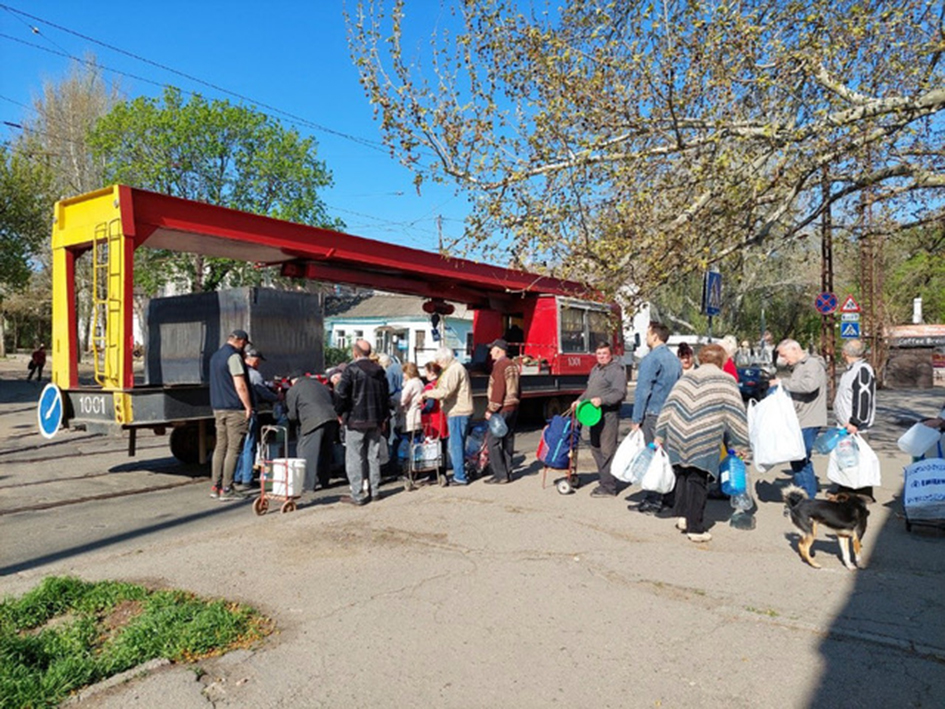 The Ukrainian city of Mykolaiv (population 476 000 in 2020) has been on the front line of the Russian invasion since April, but the Ukrainian army has prevented it falling into Russian hands. Now the Russians have destroyed the water pipeline that supplied the city from the River Dnieper, leaving many residents and businesses without running water.

In response, the city’s public transport network (trams and trolleybuses) is being used to distribute water. Vehicles used include tramway works car 1001 (a KTM-5dating from 1989), usually a rail grinder, that has a water tank that can be filled before it circulates around the network.

Another KTM-5, 2108 from 1985, has had its seats removed to accommodate two 1000-litre barrels and has joined 1001 since 3 November. A similar operation is in place on the trolleybus network.