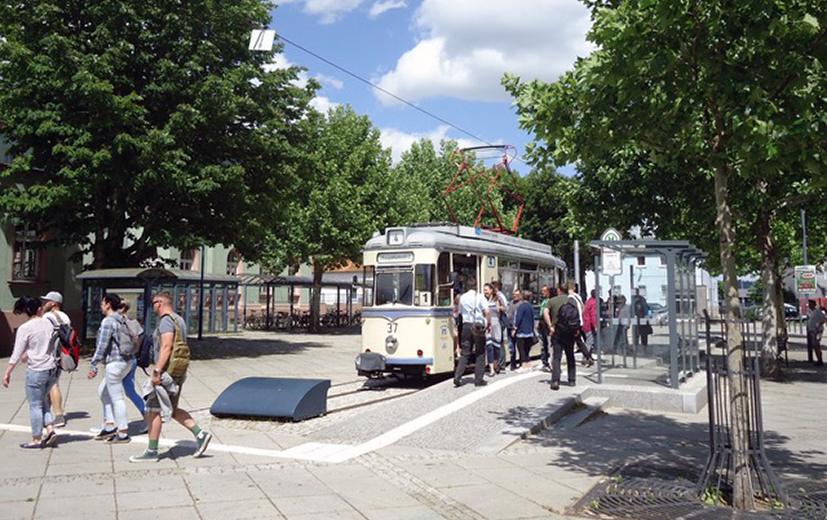 A busy day in summer 2022 as the Naumburg tram waits at Hbf. Naumburger Strassenbahngesellschaft

The heritage tramway in the small German town of Naumburg (population 33 000) carried a record number of passengers in 2022, exceeding its pre-pandemic ridership by 17%. A total of 217 600 journeys were registered, equating to about 600 passengers/day, boosted by the national ‘9-Euro ticket’ travel incentive which ran from June to August.

The town in the state of Sachsen-Anhalt opened a 3.5km (2.2-mile) circular tramline in 1892 to link the railway station and the town centre; this was electrified in 1907. From 1945 the town was on the territory of the former DDR and the tramway survived through reunification in 1990, but closed in August 1991.

A private company, Naumburger Strassenbahngesellschaft Gmbh, reached agreement with the local council to re-open part of the tramway as a heritage service in 1994, using a surviving two-axle tram. Beginning with a weekend operation from Easter 2006, 73 400 passengers were carried in the first year and the tram was allocated route number 4 in the town’s public transport operation. Daily service started from 31 March 2007; a half-hourly service is provided 05.30-20.45.

Although passengers travel on two-axle trams from the DDR era, mostly dating back to the late 1950s and early 1960s, Naumburger Strassenbahngesellschaft employs modern passenger information, including automatic vehicle location to feed ‘next tram’ displays, an app and staff smartphones which can read digital tickets.

Plans to reinstate the ring operation may have been put on hold, but improvements such as a passing loop at Jägerplatz to permit a 15-minute service are still planned.