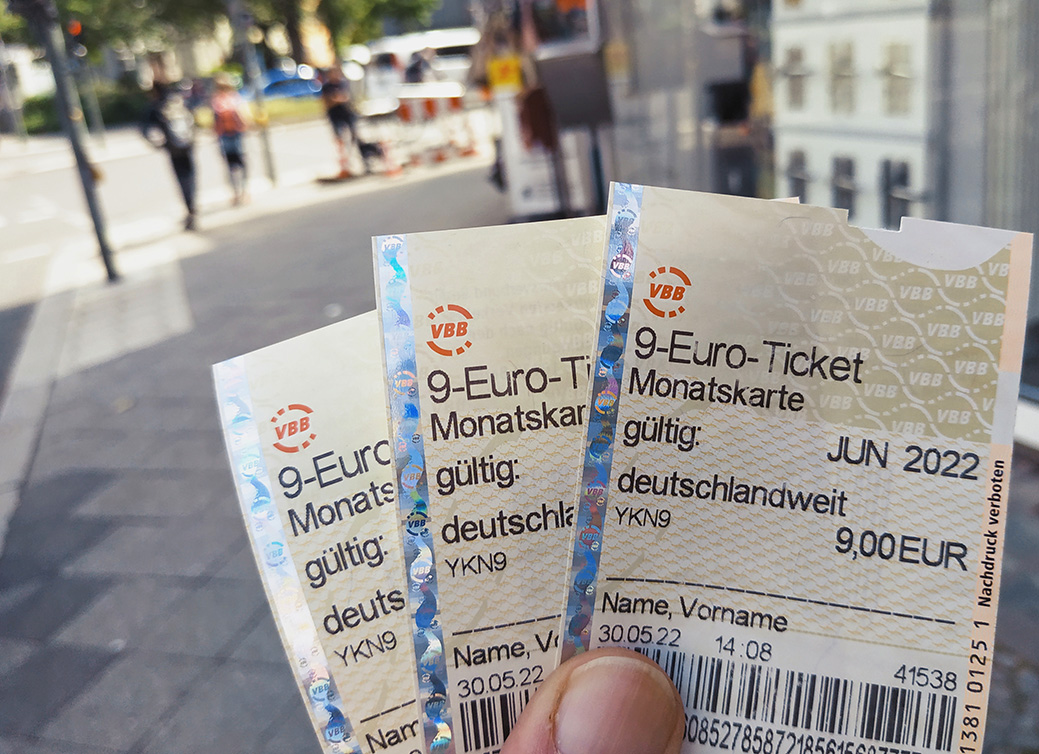 Examples of the 9-Euro-Ticket as issued by the combined transport authority of Berlin and Brandenburg. IgorCalzone / CC BY-SA 4.0

Germany’s 9-Euro-Ticket incentive will not be extended beyond 31 August, Finance Minister Christian Lindner has confirmed. The three-month offer was introduced by the country’s coalition government in June to help offset rising fuel costs and allows unlimited travel on trams, metros, buses and regional trains for just EUR9 per month.

The programme is reportedly costing the state one billion Euros per month, with Mr Lindner saying: “The 9-Euro-Ticket is a temporary measure. The federal budget does not account for a continuation.” A fuel price rebate programme will also not be extended.

An opinion poll commissioned by news magazine Focusindicated that a majority of Germans favour replacing the 9-Euro-Ticket with a more permanent scheme to offer low public transport fares. Some 79% of those who responded have called for state-subsidised discounts for local and regional travel; amongst those surveyed, 90% supporting such a policy are under the age of 30.

In mid-June the Verband Deutscher Verkehrsunternehmen (VDV) reported that over 25 million 9-Euro passes had been sold, this figure includes those whose season tickets have been converted into the promotional offering for June-August.