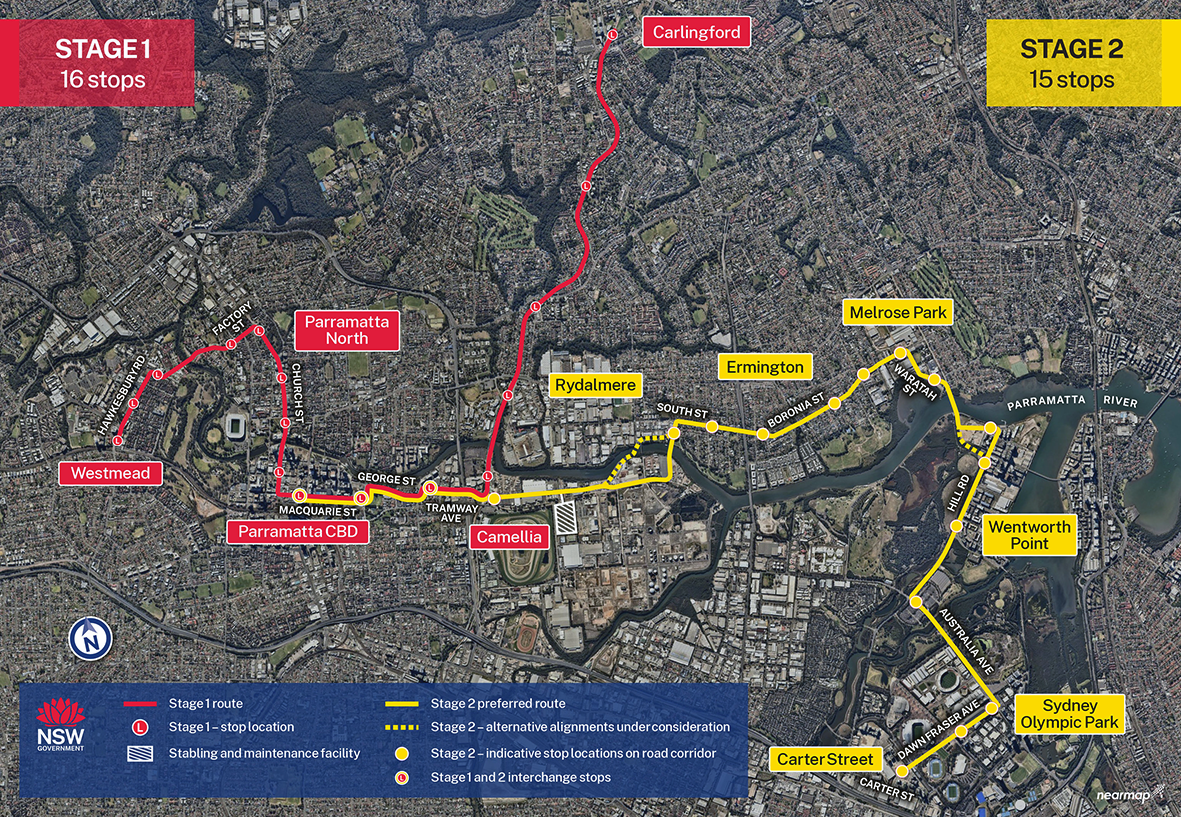 The New South Wales Government (Australia) has confirmed that it is to proceed with the second phase of the Parramatta Light Rail project, committing AUD602.4m (EUR404m) to what it describes as ‘the Western Sydney megaproject’.

The funding is to go towards early works and building the Wentworth Point Bridge, while detailed planning gets underway. An Environmental Impact Statement is to be released for public consultation by the end of the year.

Stage one of the tramway, which is expected to open in 2023, will connect Westmead, the Parramatta CBD, Camellia and Carlingford over 12km (7.5 miles) with 16 stops. The next 9km (six-mile) phase, with 15 stops, will take the route west from Camellia to Melrose Park before crossing the Parramatta River to Wentworth Point, Sydney Olympic Park and a new terminus at Carter Street.

Describing this second stage as a “vital piece of infrastructure”, NSW Premier Dominic Perrottetsaid it will “support the growth of Western Sydney while linking to another enormous project in Sydney Metro West, improving quality of life by slashing daily commute times.”

Minister for Transport and Veterans David Elliott commented: “We’ve only just seen 100% of tracks laid across the Parramatta Light Rail Stage 1 project as well as construction of the light rail stops along Church Street. Stage two will drive revenue for small businesses in the area and change how the community travel and connect to places across Greater Parramatta in the future.”

Tracklaying on the AUD2.4bn (EUR1.6bn) phase one was completed in May. Operations and maintenance are to be handled by the Great River City Light Rail consortium which includes operator Transdev and vehicle manufacturer CAF. The latter is supplying 13 Urbos 100 low-floor trams, equipped with lithium-ion batteries for operation independent of the overhead on sections of the route.