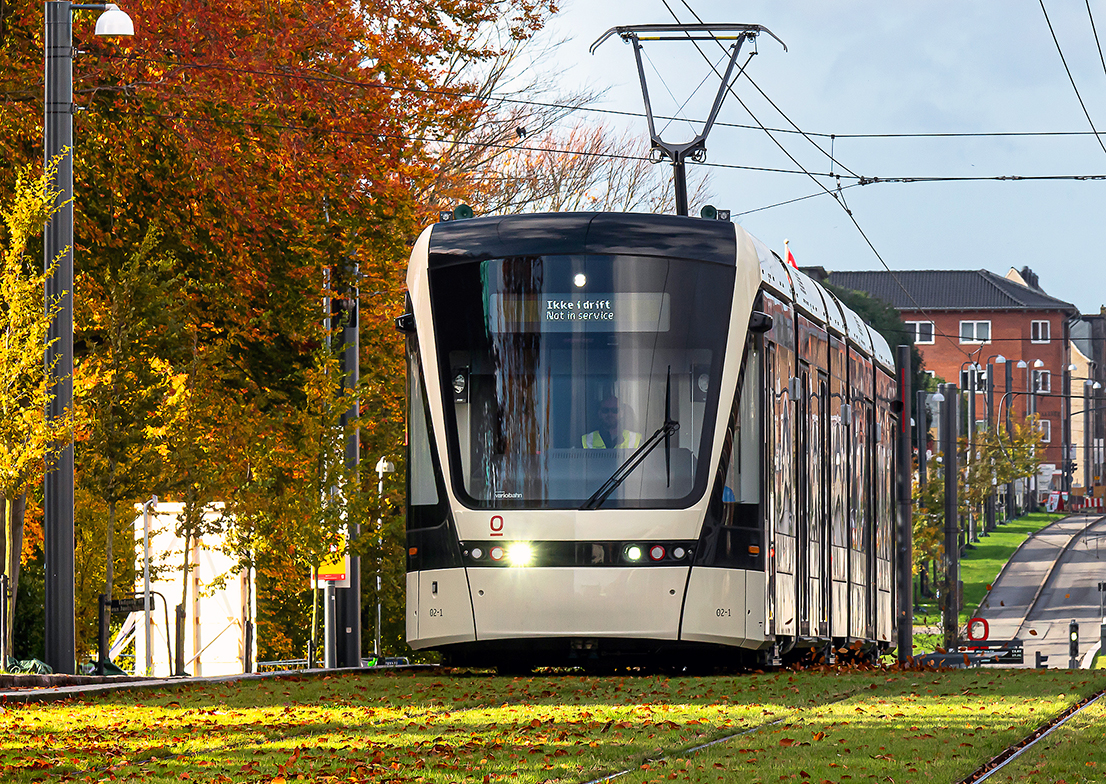 An announcement on the passenger opening of the Odense tramway is expected imminently. Odense Letbane

On 26 April the Danish Transport Authority gave its final technical and safety approvals for the Odense Letbane. Full timetable testing of the 14.5km (nine-mile) standard-gauge tramway is now to begin, with passenger service due to begin on 28 May.

Proposed as far back as 2008, plans for a modern tramline to serve Denmark’s third-largest city (population 180 300), were officially approved in 2011. Following studies, a commitment was given by the state and the region to co-finance the scheme in June 2014.

Although the 28-stop tramline is now handed over, some issues related to noise and vibration in close proximity to the route still have to be resolved. These include technical adjustments to the track and re-establishment of sections of grass track; contractor COMSA will therefore continue works in the coming weeks.

Operations and maintenance are being provided by Keolis (also contracted to run the city’s buses), under a 15-year deal awarded in November 2018.

Jesper Rasmussen, Chairman of Odense Letbane, said the only thing that remains is for Keolis to test its part of the operation: “Keolis must now see the list of things that we agree with the contractor which are outstanding. Once they have seen that list, they will assess whether it is an obstacle for them to test drive. We are pretty sure that it is not.”

The new tramway runs from Tarup Center in the north-west, via Kongensgade and Banegård (the railway station) in the central area, before turning south to the University (Campus Odense), the south hospital and a terminus at Hjallese station. Green track will cover 10km (around six miles) of the route and it has been stipulated that two trees will be planted for every one removed during construction.

Odense is an important commercial hub and more than DKK15bn (EUR2bn) is being realised in construction already initiated or planned within 400m of the new route. The city’s first-generation tramway closed in 1952.

A planned second phase is currently at the public consultation stage. This proposes a ten-stop north-eastern branch from Korsløkke Station to Seden Syd (9.2km/5.7 miles), with an alternative southern branch from Vesterbro Station to Odense Zoo. Switches have already been laid at Korsløkke Station and at Vesterbro Station as part of the Stage 1 works.