Openings in Shanghai and Chengdu on the same day 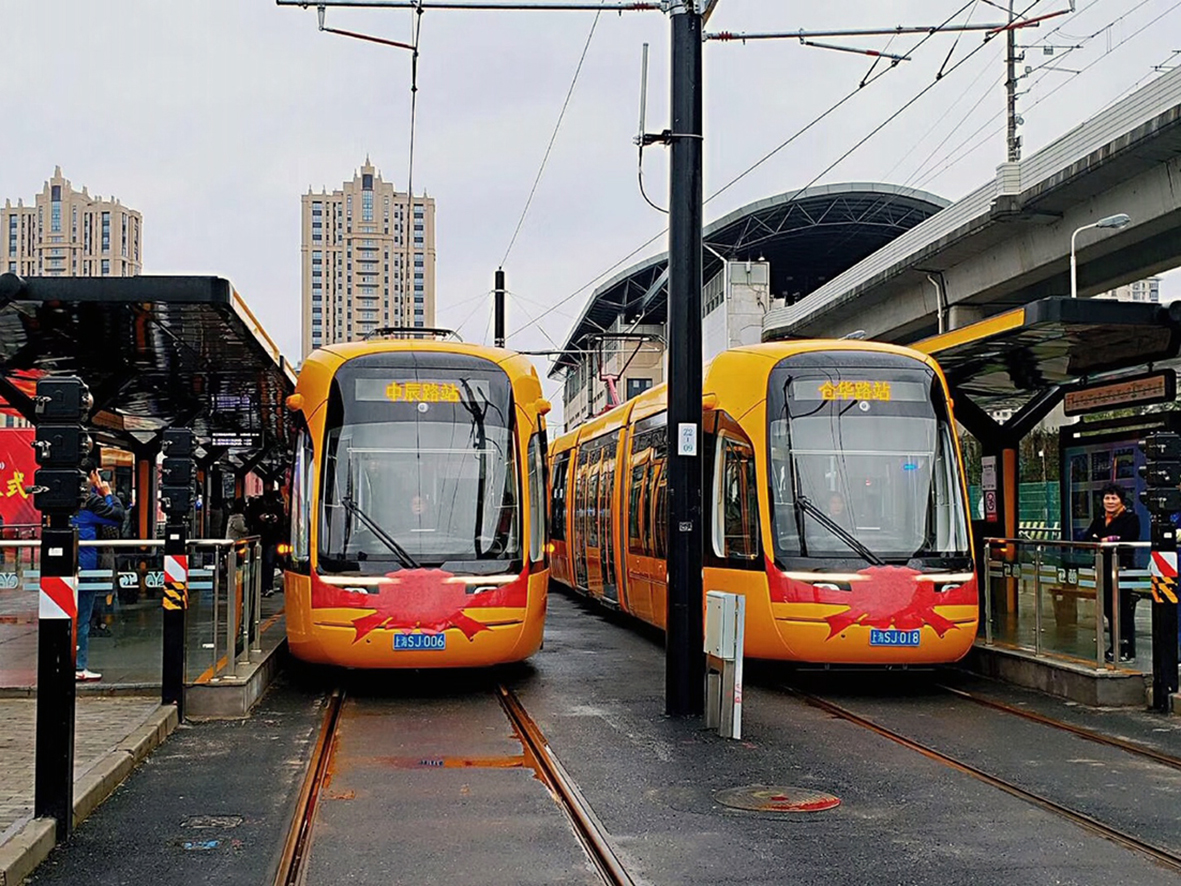 A pair of Shanghai Alstom Citadis at the opening on 26 December. Image courtesy of Shanghai Keolis

The first 13.9km (8.6 miles) of the Songjiang tramway in the south-western suburbs of the Chinese city of Shanghai, line T2 from Canghua Road to Longma Road, opened on 26 December. A further 16.9km (10.5 miles) is to open in mid-2019. A partnership venture of Keolis and Shanghai Shentong Metro Group will operate the line for five years, aiming to carry 170 000 passengers/day.

Shanghai had a first-generation tramway from 1908 until 1975, at one time operating as three systems, in the British concession, the French concession and the Chinese city.

In 2010 the so-called Zhangjiang tramway (10km/6.2 miles) was opened, which is in fact a rubber-tyred Translohr system with central guide rail, feeding metro line 2 at Zhangjiang Hi-tech Park station in the Pudong district.

Meanwhile, around 2000km (1240 miles) to the west, the first section of the T2 tramline in the city of Chengdu opened on the same day. The 13.6km (8.5-mile) line runs between Chenguang and Hexin Road, the first part of a two-line 39.3km (24.4-mile) system in the north-west suburbs that provides feeder services to metro line 2. Service is provided every ten minutes between 07.00 and 20.45.

CRRC Changchun is supplying 40 double-ended five-section trams based on the Alstom Citadis X02 supplied to Shanghai. Each 32.6m tram has a capacity of 380 passengers, 64 seated.