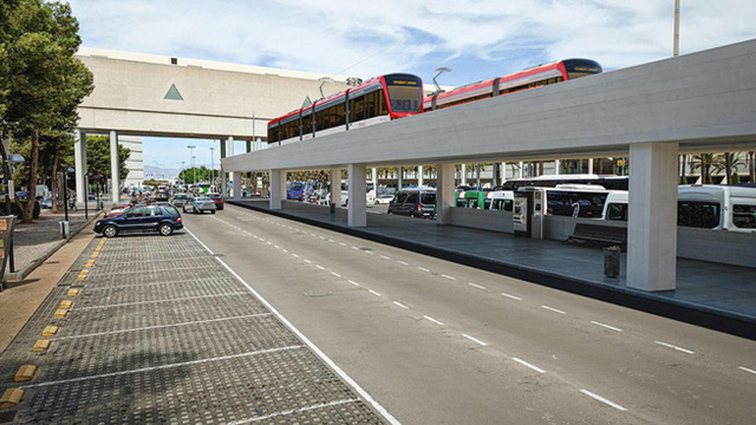 An artist’s impression of one of the elevated sections of the future Palma tram. CAIB

The foundation stone for the tramway project connecting Palma de Mallorca with its airport was laid by Balearic Prime Minister Francina Armengol and Spanish transport minister Raquel Sánchez on 10 November.

Finance is now guaranteed for the project’s EUR185m first phase that will link Plaça d’Espanya in the centre of the Spanish island’s capital and Son Sant Joan airport (10.8km/6.7 miles with 16 stops). A ten-minute service is planned, promising journey times of approximately 30 minutes. An initial tranche of EUR20m is expected to be made available in 2023, to allow tenders to go ahead.

The new Trambadía will feature elevated sections to avoid areas where traffic jams are prevalent. Stages 2 and 3 will take the line to Son Espases hospital and Palma bay.

Government Delegate for the Balearic IslandsAina Calvo called the ceremony a day of bliss; a project she has been promoting since her time as Mayor of Palma in 2007: “This is a mode of transport not only for those who want to go to the airport, but also for all those living along the route. A dream becomes reality.”

Trambadía is initially expected to carry 5.3m passengers (with expected growth up to 6.5m) and to give public transport a 60% share of traffic to the airport. Opening of the first section could take place in 2027.