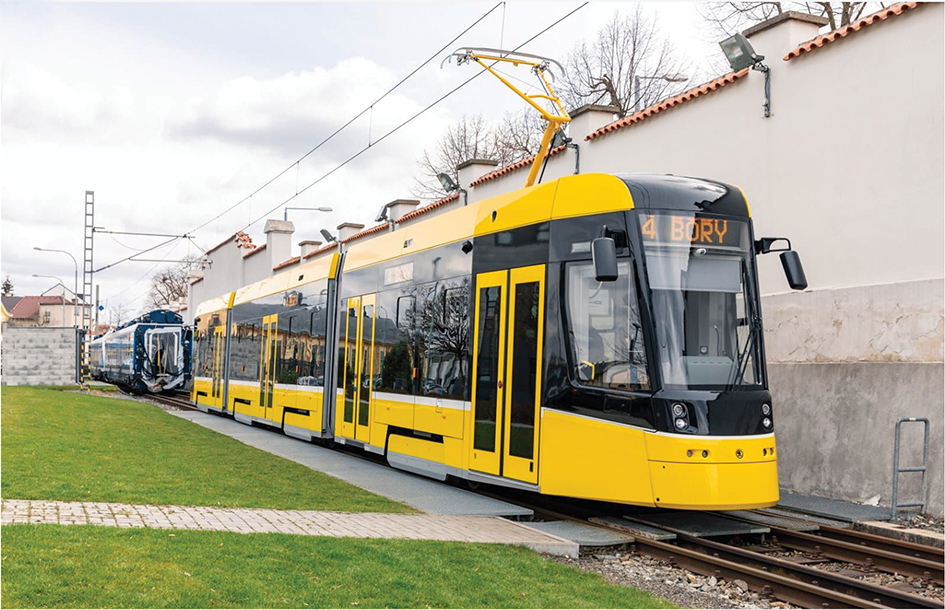 Škoda has just started deliveries of 22 ForCity Smart 100% low-floor trams to the Czech city of Plzeń. Image courtesy of Škoda

On 25 May the Czech city of Plzeń announced its intention to become a centre for smart mobility by 2027. This includes a Memorandum of Understanding with local tram builder Škoda Transportation to develop a tram capable of autonomous operation by the same year.

Kamil Mrva, President for Digitisation and IT at Škoda Transportation, commented: “With the highest possible safety, the smart tram is equipped with sensors that monitor the track and potential obstacles. The entire tramway system is connected to fast 5G networks using a unit which enables C2X [car-to-everything] communication. This would not be possible on the older mobile standard.

“5G is now available in two-thirds of the city. Thanks to the vehicle unit the tram will communicate with other elements on its route. It will draw attention to, for example, work on the road or approaching vehicles and ensure priority passage through a busy intersection.”

Mechanical and electrical engineering and applied science faculties from the University of West Bohemia will also participate in the programme; its Borské polky campus has 5G coverage already and it is here that a ‘living polygon’ will be created for testing a smart tram.

The first tests will take place in the presence of the driver. If successful, in following phases, additional cameras, lidar and radar sensors would be added which respond to movement in the external environment faster than a human operator.