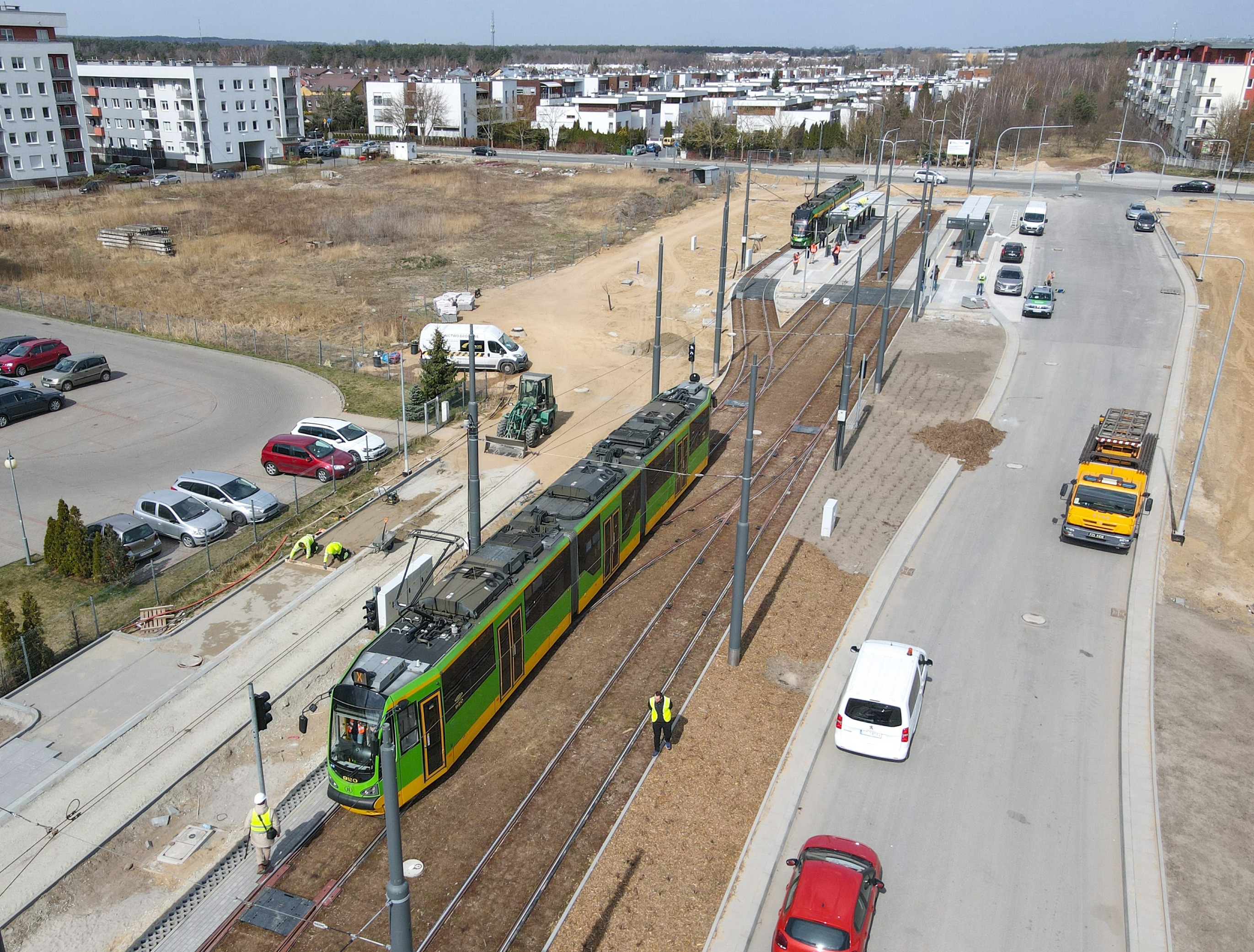 A Modertrans Moderus Beta on the tramline to Naramowice. The new route is only operable by double-ended trams. ZTM Poznań

Passenger service on the full extension of the Poznań tramway to Naramowice began on 23 April, weeks ahead of the planned schedule. The official inauguration took place at 10.00, although the first vehicle to reach the new Błażej terminus was Moderus Gamma low-floor tram 932 at 04.52.

Main construction works on the 3km (1.9-mile) extension began in spring 2020, with the first section, to Włodarska, opening in August 2021. A further one-stop extension to Lechicka/Naramowicka was inaugurated in October 2021. Testing on the full route to Błażej began in March.

With seven new stops, the new tram route is the first in the Polish city to not include a turning loop. Because of this it is only operable by double-ended trams, of which operator ZTM has has 33 in its fleet. Thirty of these are Modertrans Moderus Beta and Gamma trams; the other three are double-ended GT8s (known locally as ‘Helmuts’)

On the opening day heritage 4N1 tram 32, on loan from MPK Kraków, also made runs on the new line.

Currently served by route 10, the route to Naramowice will soon also be used by route 3. The city is planning an extension towards Umultowo.