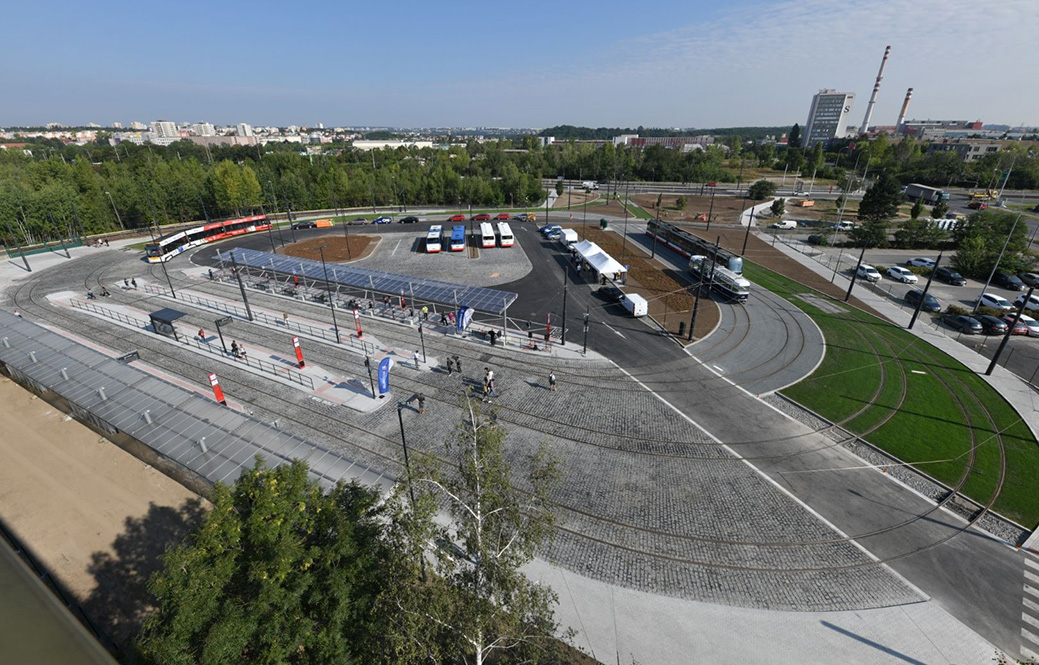 Saturday 13 August saw the opening of the new Depo Hostivař tramway interchange in the eastern suburbs of the Czech capital Praha (Prague). Tatra KT8D5 9100 operated the first morning departure on line 7, which has been extended from Nové Strasnice to the new loop; line 16 also passes through.

Work on the new interchange began on 14 March, involving the laying of 1.25km (0.8 miles) of new tracks, around third of which incorporates grass track. Construction was undertaken by contractor EUROVIA under a CZK193.96m (EUR8m) contract.

The original project plans for the interchange emerged from a 2009 study, with a more detailed evaluation in 2016 by Metroprojekt Praha determining the number of tracks, platforms and the site’s landscaping. The option chosen for development has placed the tramstops closer to the metro access points and includes a multi-storey park-and-ride garage with 649 places that will be built in 2023.

Hostivař is the site of the tramway’s central workshop (built 1968), a metro depot, and since May 2006 the terminus of metro line A (there is a closer tramstop on Cernokostelecká). A bus terminal has occupied the site since 2004; eight bus lines also use the new interchange.