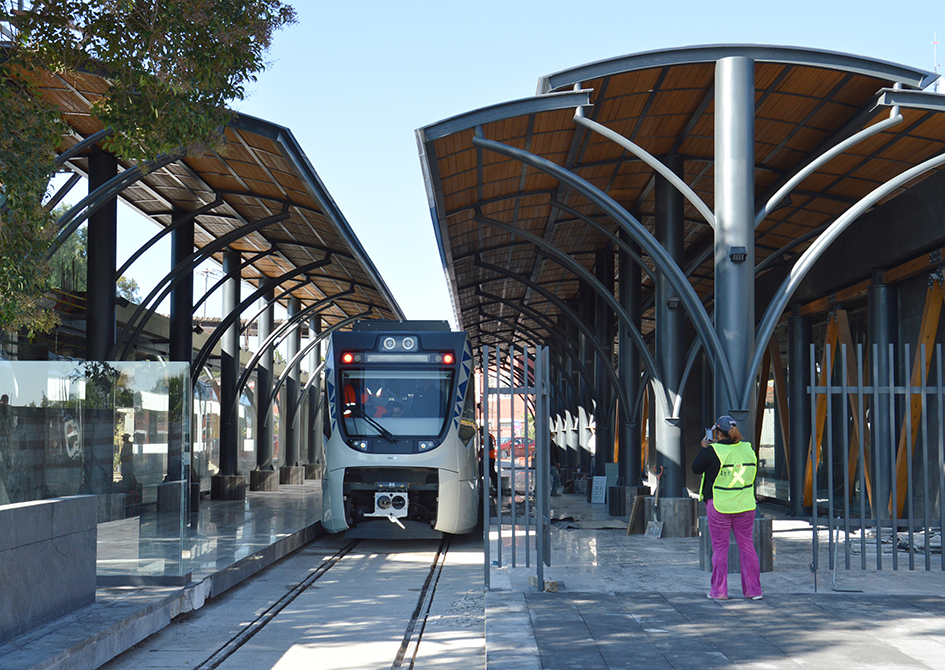 A Vossloh tram-train on the Puebla – Cholula tourist line in 2017. The service was suspended from 1 January due to a lack of funding for operations and maintenance. Image courtesy of Gobierno Cholula / CC BY-SA 2.0

Service on the Puebla – Cholula tram-train (Mexico) was suspended from 1 January 2022 until further notice. The decision follows the expiry of the five-year operations contract for the 17.2km (10.7-mile) line, which is not being renewed due to poor patronage.

Enthusiasts gathered for the final trip at 17.41, with 194 passengers on the last service between the Mexican National Railway Museum in Puebla and San Andrés Cholula. A sign was placed on the front of the final tram-train marking the occasion with the legend ‘last trip’.

Created at a cost of MXN1.1bn (EUR47.5m), the tram-train service was inaugurated on 23 January 2017 and has struggled to meet patronage expectations. Peak ridership was achieved in 2019 when fares were removed and 161 403 passengers were carried. However, officials say that 1.453m passengers per year are required to maintain a viable service. State Governor Miguel Barbosa has stated that maintenance has become unaffordable as each passenger journey represents a cost of MXN1500 (EUR64.80) against an average ticket revenue of MXN30 (EUR1.30).

The suspension is reportedly temporary as MXN700 000 (EUR30 230) is to be invested in a study to explore cost saving measures. While this is underway, the pair of 38m three-section Vossloh diesel-electric tram-trains, delivered in 2015, have been placed into storage in the depot at Cholula, located next to the railway museum.