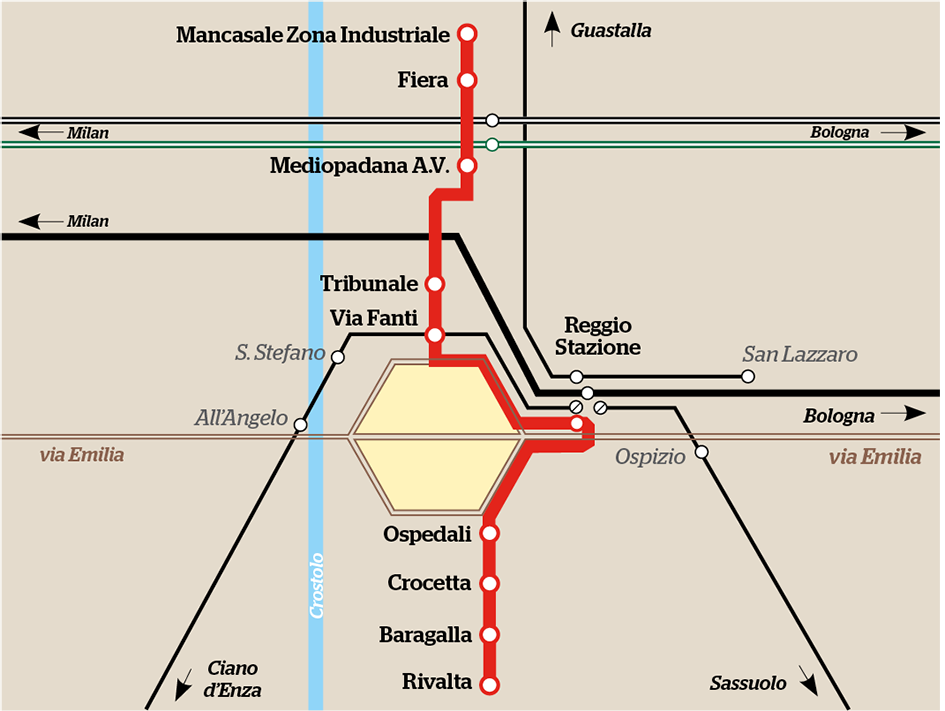 On 12 January, the city council of the Italian city of Reggio Emilia (city population 170 000, wider region 370 000) approved the studies and design for a new 14.5km (nine-mile) north-south tramway.

The plan calls for EUR282.3m from the federal government to create a 29-stop line connecting Mancasale in the north to Rivalta in the south via the city’s two railway stations. Three new park-and-ride sites would be built, serving a combined catchment area of over 20 000 residents.

Mayor Luca Vecchi said: “What we are presenting is a large-scale, ambitious and daring project for the functioning and sustainable future of our city. It is a work that, as already happened for the High-Speed Station Mediopadana – which has repositioned Reggio Emilia in Italy and in Europe – is destined to change the city, the styles and preferences of mobility and to affect north-south mobility on a functional level.”

The plans will now go before Italy’s Ministry of Transport; it is hoped a decision can be received by April to allow further design work before tenders are launched at the end of 2022.

The T1 line includes route segregation for around three-quarters of the route with the remainder on-street. A depot and control centre would be located in Mancasale; a fleet of 16 27m trams would be required and could be operational by 2028.

Running to 7.5-minute peak headways (15 minutes at other times), end-to-end journey times of 30 minutes are projected.

The study indicates passenger loadings of 22 000 passengers/day in the first three years, increasing to 30 000 once complementary interventions on outer parts of the city have been completed. This would increase public transport’s modal share from 11% to 25%.