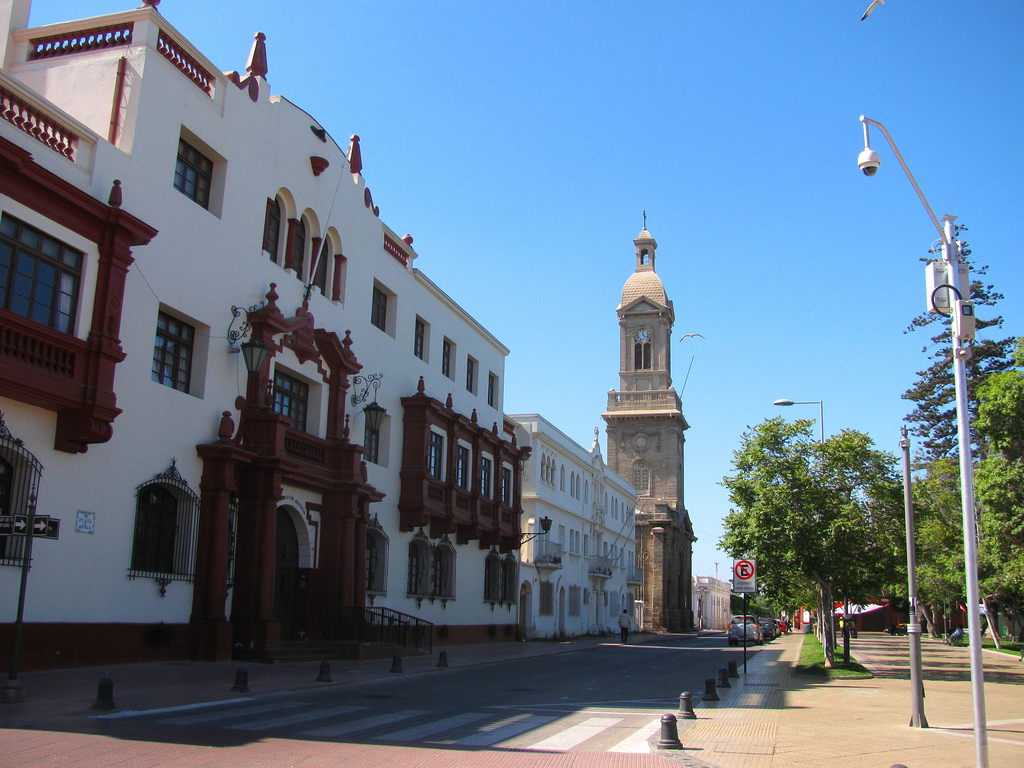 The historic city of La Serena could be location for the introduction of Chile’s first modern light rail service – perhaps by 2026? FresitaPapayera / CC BY-SA 3.0

On 27 April the Governor of Coquimbo (Chile) met representatives of SICE Agencia Chile to further develop plans for a 13.7km (8.5-mile) tramway to connect the region’s capital La Serena to the port city of Coquimbo.

Spanish-headquartered SICE first presented a USD280m tramway project in February 2015, and has undertaken demand modelling, engineering and environmental studies under the guidance of the country’s General Directorate of Concessions.

The planned standard-gauge line would run south-west from the centre of La Serena to Coquimbo hospital, with 19 stops and interchanges in Las Compañías, Tierras Blancas and Sindempart. Early plans suggest a fleet of 30m double-ended trams, each with capacity for 250 passengers.

Regional Governor Krist Naranjo sees the tramway as a priority project for the La Serena-Coquimbo conurbation to promote integrated and sustainable urban development, reduce congestion and give the region’s 770 000 residents an alternative to the car.

On a visit to the region on 21 April, Chile’s President Gabriel Boric said: “We are working on the tram between La Serena and Coquimbo, as well as a track for electric buses between these same cities. In addition, we are studying the possibility of generating unique routes for public transport.”

Project Manager Sergio Herrera explained that further detailed engineering studies would take around a year. After their conclusion and the approval of construction permits, main works could be completed in “three or four years”.

The two cities were first connected by rail in 1861, on part of a line which would later reach Las Cardas and Ovalle. This service remained in operation until the 1950s, when the railway tracks in the centre of Coquimbo were removed.

Chile had a large number of first-generation tramways, but mass closures took place over a period of many decades with the last trams running in the capital, Santiago, in the 1960s. The Coquimbo proposals would therefore bring the first modern low-floor tramway system to the country.