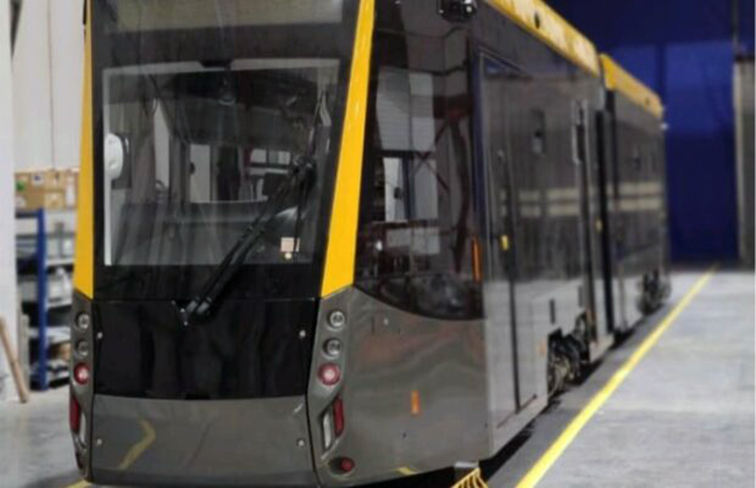 The first Durmazlar low-floor tram for the Romanian city of Reșița was unveiled in late August. The Turkish manufacturer is building 13 double-ended 18m cars under a EUR25m contract awarded in 2020; the first is due for delivery in November and will be commissioned in Timișoara, around 100km (62 miles) to the north-west.

Reșița Mayor Nelu Popa said: “The first tram is already standing. In October we will accept an invitation to go to Turkey to see it physically, in November it should come to Romania. We have decided that we will take it to Timișoara, where it will be tested on the track. The other trams will appear successively in April, June and August 2023.”

Two contracts to build the city’s tramway, worth a combined RON270m (EUR55m), were signed with the local subsidiary of Austrian construction company PORR on 5 April. The contracts cover reconstruction of around 10km (6.2 miles) of tracks, creating a segregated alignment along Bulevardul Republicii, reinstallation of overhead, 16 new stops and rehabilitation of the city’s tram depot. The project also includes highway improvements, installation of parallel cycleways and pavements, reconstruction of the 228m Triaj bridge and sections of green track.

Main construction works are underway, due for completion in December 2023.

Reșițahad a standard-gauge tramway which opened in 1988 but closed just 23 years later due to the poor condition of the infrastructure and a lack of funds for maintenance. In 1995 the line was truncated to Piața Republicii and in the next two years the entire route was renovated, albeit to a basic standard. The last trams ran in August 2011.