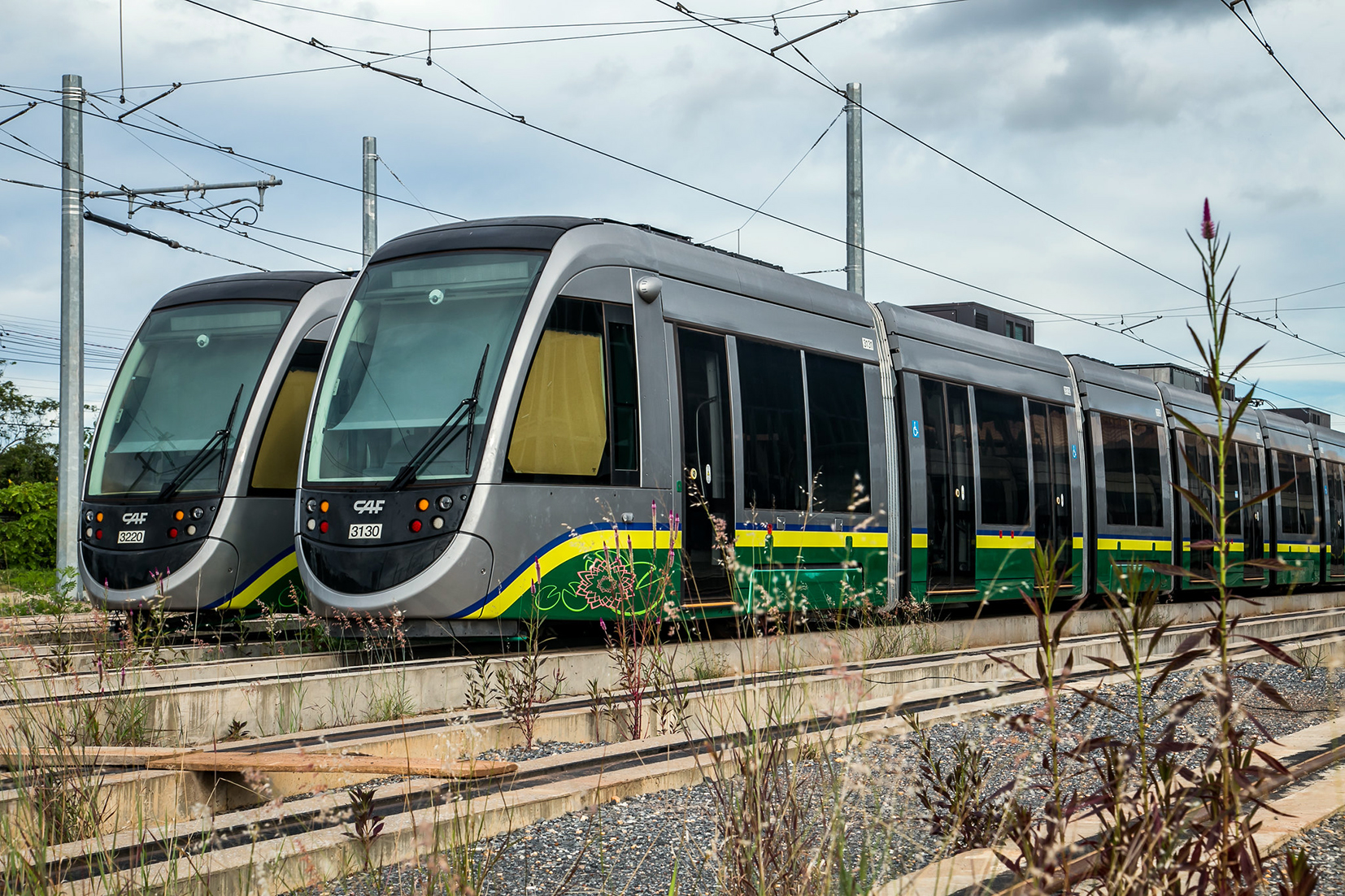 A recent technical inspection of the CAF Urbos 3 LRVs for Cuiabá revealed no major issues, despite many years in storage. Governo de Mato Grosso

The City Hall of Rio de Janeiro (Brazil) reportedly sent a delegation of technical experts to inspect the fleet of 40 mothballed CAF Urbos 3 trams acquired by the Government of Mato Grosso for the cancelled Cuiabá tramway project in May.

The 44.2m seven-section 100% low-floor cars have never seen passenger service as work on the 22km (14-mile) LRT scheme was suspended in 2015 after failing to meet deadlines and with expenditure reaching BRL1.47bn (EUR231m). Formally cancelled in late 2020, bidders have since been sought for the design and construction of a replacement BRT network which would re-use much of the infrastructure installed for the tramway.

The proposed BRT route includes 46 stops and three termini, a viaduct to cross the roundabout on Avenida Fernando Corrêa da Costa and Beira Rio, a bridge over the Coxipó River and a range of other traffic adjustments.

In April the city council in Rio de Janeiro approved an approximately 500m extension of the tramway from Rodoviária bus station on Rua do Ecuador to the future Terminal Intermodal Gentileza (TIG) hub, setting an 18-month period for construction and a budget of BRL255m (EUR49.5m). The new terminus at TIG will offer interchange with the Transbrasil BRT service and other city bus routes which will act as light rail feeders.