Rio’s trams run for the Olympics 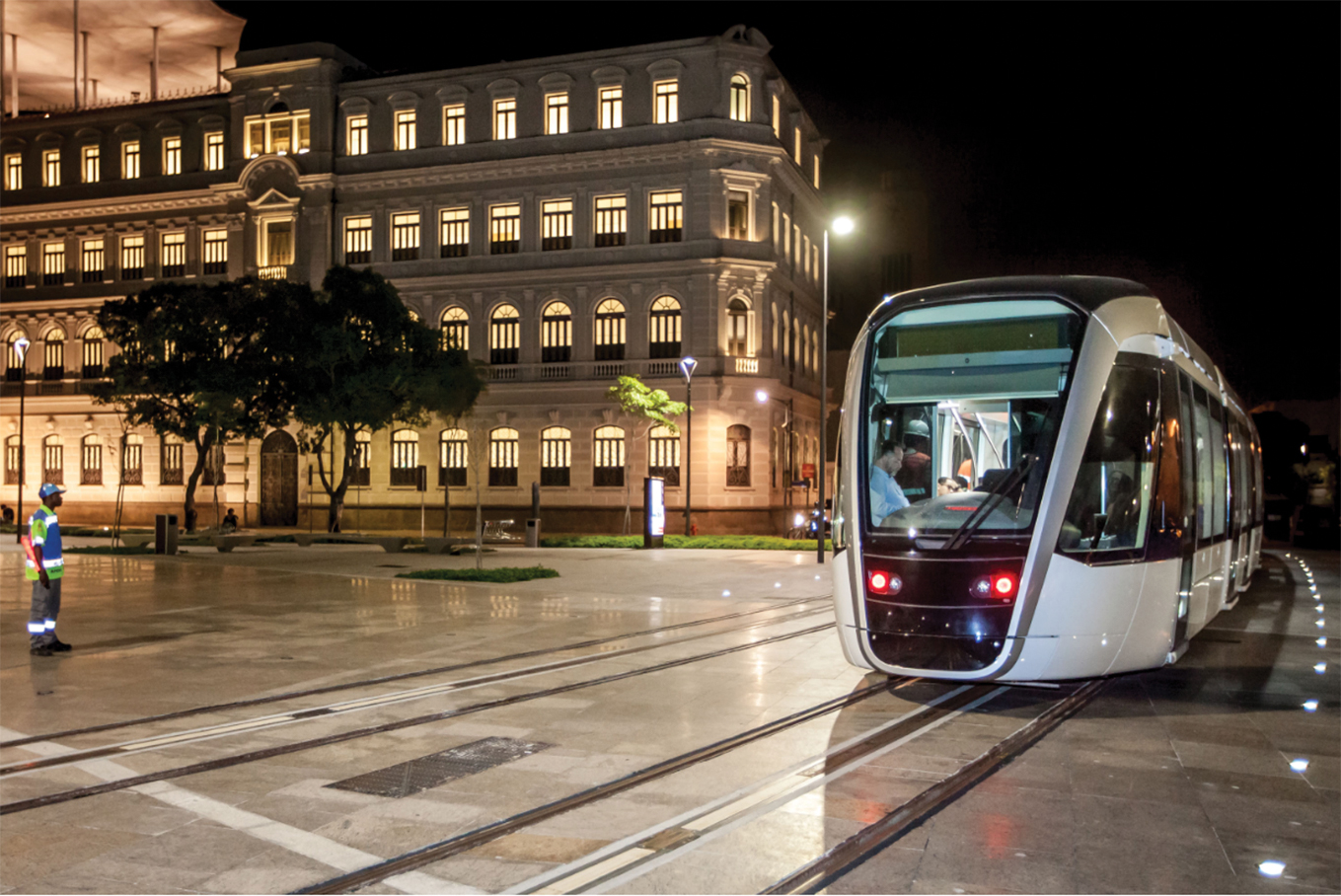 On the first phase of a wider network, Alstom Citadis 402 trams use APS surface current collection on the VLT tramway — Porto Maravilha

The first section of the 28.6km (17.7-mile) VLT tramway, built in the Porto Maravilha district of central Rio de Janeiro, opened for passenger service from Praça Mauá to Santa Dumont Airport on 5 June (postponed at the last minute from 22 May). Free travel was offered for the first four weeks; from 1 July the fare is BRR3.80 (EUR0.95), payable by smartcard.

At first just two Alstom Citadis 402 trams were in service between 12.00 and 15.00, but by the end of June the schedule was due to be extended to 17.00. Eight trams will provide a 15-minute service (06.00-24.00) during the Olympic Games in August. Three further lines are due to open. Work on the BRR1.2bn (EUR300m) project began in July 2012 when tenders were invited to build and operate the system. On 30 April 2013 the winning consortium was announced as VLT Carioca, made up of CCR, Invepar, Odebrecht Transport, Riopar and RATP Dev. The network features lines equipped throughout with Alstom’s APS surface current collection system.
Alstom has delivered 32 double-ended seven-section 44m Citadis trams; the first five were built in France and the remaining 27 at Alstom’s Taubaté facility in the state of São Paulo. Up to 420 passengers can be carried in each 2.65m-wide tram, giving a capacity of 250 000 passengers/day on the system.

Porto Maravilha is the largest urban renewal project in Brazil; up to 8000 new houses will be built as part of a mixed use development including retail and cultural venues. Meanwhile, metro line 4 extension from Ipanema to Barra da Tijuca will open on 1 August, but access will be restricted to Olympic ticket holders, athletes and officials.