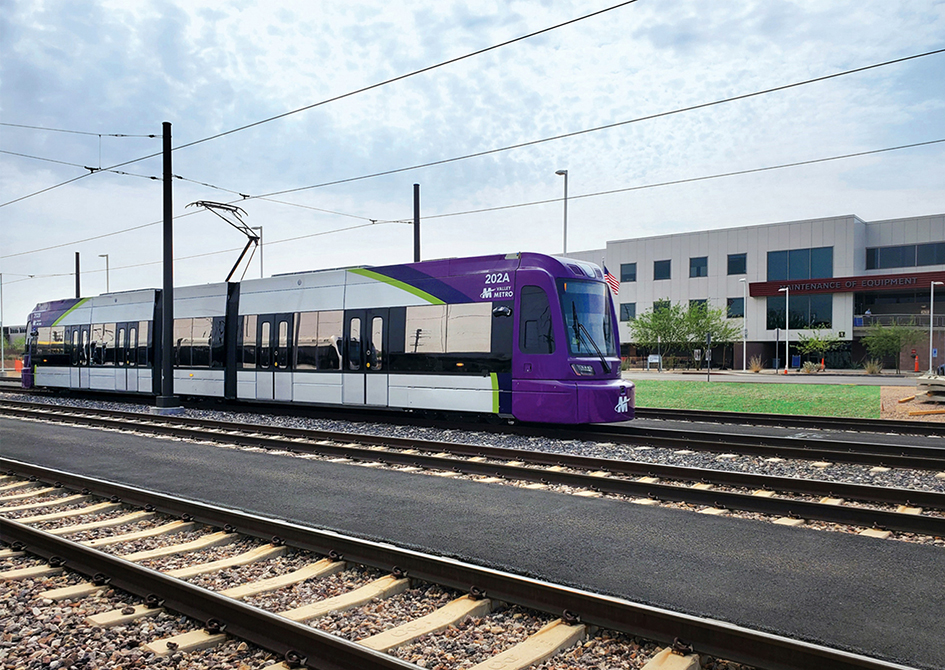 The latest contract for 14 S700 LRVs for Phoenix follows a June 2017 order for 11 of the same type. Image courtesy of Siemens

Valley Metro confirmed an order for a further 14 Siemens S700 LRVs on 1 October to support
the 2024 opening of the 9km (5.6-mile) South Central Extension/Downtown Hub extension. The order builds upon the 11 LRVs of the same type ordered in June 2017,

“Phoenix is currently the fifth largest city in the US and is continuing to grow steadily,” said Scott Smith, Valley Metro CEO. “As our transit system grows, so must our fleet to accommodate new miles of service and additional riders across metro Phoenix.”

Built at Siemens Mobility’s Sacramento facility, the new LRVs will feature LED lighting, bicycle storage and optimised air-conditioning to cater for the city’s desert climate. They will also be equipped for condition-based monitoring, data analytics and predictive maintenance.

Construction on the extension to Metrocenter, on the north side of Dunlap Avenue, began in late September with initial utility relocation works.

The 2.6km (1.6-mile) route  features two intermediate stops, one elevated, and a new transit hub. The USD401m project received a further USD50.6m FTA contribution in late August. It is planned to open in 2023.