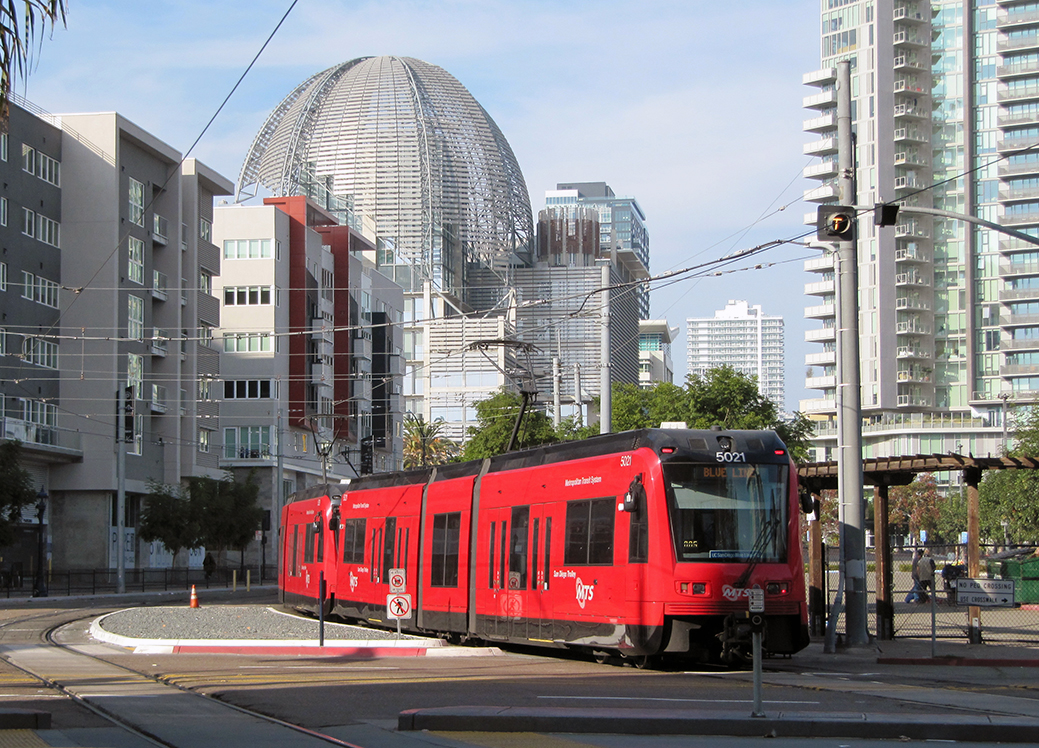 Releasing its latest ridership figures on 16 August, the San Diego Metropolitan Transit System (MTS) has reported a 52% increase in light rail (Trolley) journeys and a 41% increase on its bus patronage compared to 2021. Combined, five million monthly journeys were made across its 100 bus and four light rail routes (three modern, one heritage) since March.

The largest increase was seen on the Blue line, up 66% from 10.4m journeys in the previous fiscal year to 17.4m in 2022. Much of this can be attributed to the November 2021 opening of the 18km (11-mile) Mid-Coast Trolley Extension which runs from the existing downtown terminus at America Plaza to the Westfield Urban Transit Center (UTC) north of the city centre. Largely elevated, the USD2.17bn (EUR1.83bn) extension added nine stops and 12 new bridges.

Also bolstering its figures, in May 2022 MTS, North County Transit District and the San Diego Association of Governments launched the Youth Opportunity Pass Pilot, offering free travel to under-18s. Bus ridership in the age group increased 34% in the month after the launch.

In a situation mirrored by public transport operators across the US, the COVID-19 pandemic has seen a significant shift in travel habits; for MTS this translated to a fall of around 30% in its passengers compared to April 2020. However, the agency has seen current numbers recover to around 75% of those seen pre-pandemic.

The opening of the South (now Blue) Trolley line on 26 July 1981 marked the introduction of the first US light rail services of the modern era with a line between downtown and the border with Mexico at San Ysidro. Modelled on the German Stadtbahn concept, 40 years later the system had grown into an extensive three-line network.