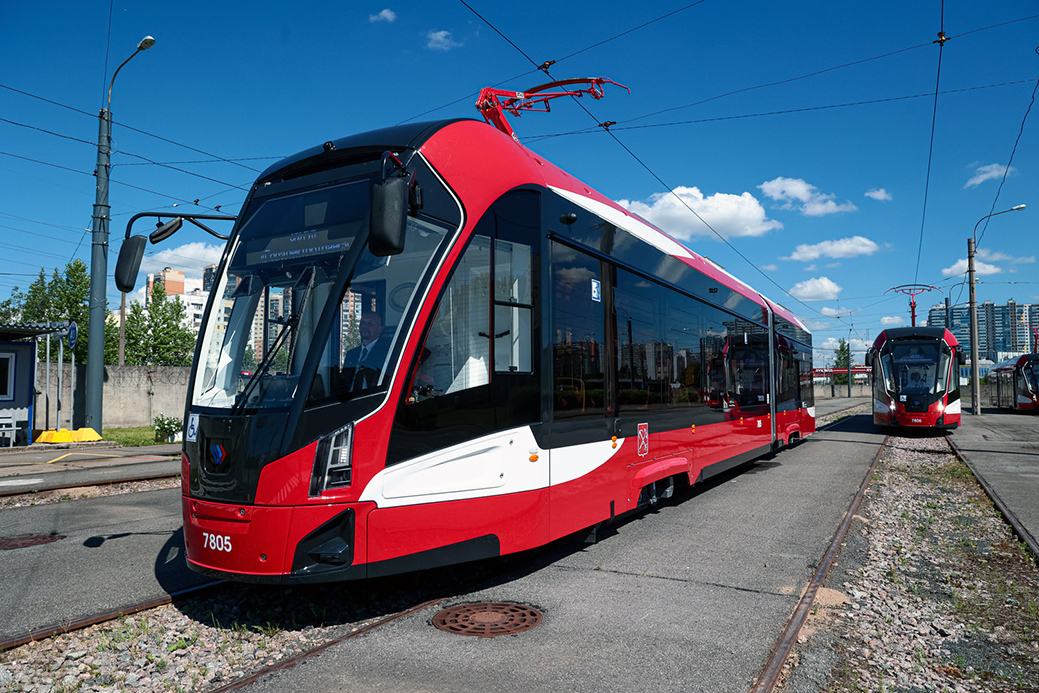 The active safety system, developed by Cognitive Pilot in Tomsk, provides continuous detection of objects such as pedestrians, traffic lights, vehicles, and road signs at distances of up to 100m.

Comprised of two cameras under the cab’s windscreen and a radar system beneath the body panel at the front of the tram, onboard processors take these combined inputs to predict developing situations and inform the driver if avoidance measures are required. If no action is taken, and the system deems the risk of collision to be imminent, it will apply the service brake. The system is also able to enforce pre-set speed limits, preventing overspeed incidents, and can be further used to monitor the condition of infrastructure looking for incidences such as damaged rails, broken traffic lights, sagging contact wires, or fallen trees.

The trams’ driver vigilance system includes a video camera and software to monitor the driver’s attention levels. If the system detects deviations in the operator’s attentiveness it will give a warning signal. If no action is taken by the driver upon receiving this signal, the control system automatically activates the service brake to bring the tram to a complete stop.

The first of the new trams run on line 24, from Rybatskoe metro station in the south-east of the city to Perekupnoy in the city centre; further trams with the same equipment will be deployed on another ten routes by the end of July. PK-TS is supplying 77 71-923M and 61 three-section 71-931M Vityaz-M trams to Sankt Peterburg’s Gorelektrotrans under several recently-awarded contracts. Deliveries are due to conclude in November 2023.

Cognitive Pilot CEO Olga Uskova commented: “We, together with PK-TS and Gorelektrotrans, have launched one of the world’s first projects for the industrial use of AI systems to manage public urban transport. Our system is capable of ensuring safety in any weather, in any traffic conditions: night, rain, fog, snow, glare, and at any time of the year.”

Cognitive Pilot is also engaged in a similar project to develop autonomous LRVs for the Chinese market with Shanghai Fuxin Intelligent Transportation Solutions.