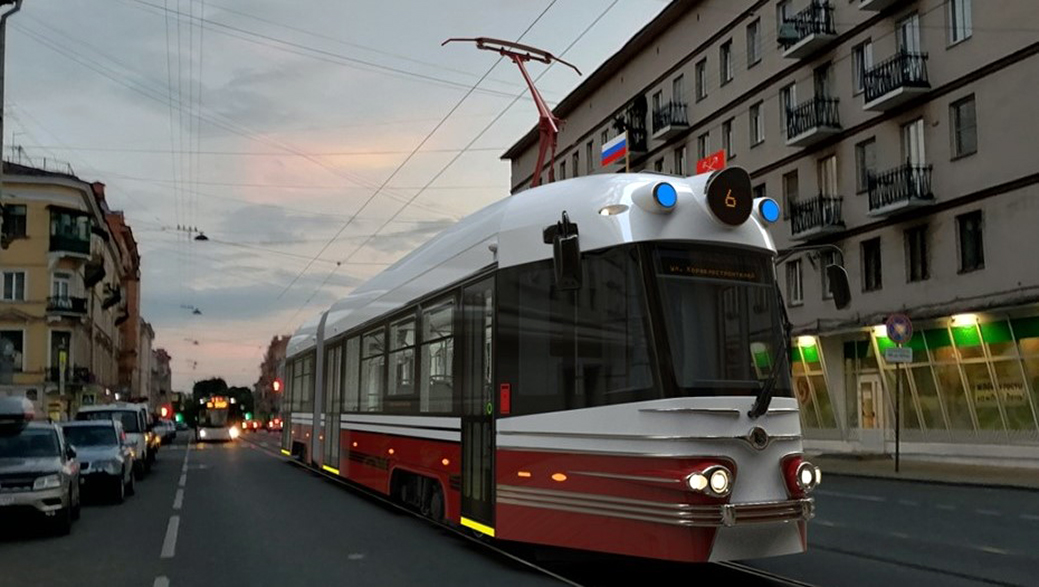 An artist's impression of the new 1950s-styled low-floor trams for Sankt Peterburg. Uraltransmash

Uraltransmash has revealed the design of the 54 ‘retro trams’ the company is to supply to Sankt Peterburg operator Gorelektrotrans in a RUB12.85bn (EUR182m) deal signed in May.

The order comprises 12 two-section, four-axle 71-421 Petrogradka and 42 three-section, 71-431 Kolomnasix-axle trams. They will be delivered under a lease agreement with Sberbank Leasing, a division of Russia’s largest bank, beginning in 2023.

The design was developed specifically for Gorelektrotrans to resemble trams that ran in the city in the 1950s and ’60s. “This period was chosen as a starting point because it was then that the Leningrad tram was the main passenger transport; the metro in the city opened only in 1955,” explained Uraltransmash General Director Dmitry Semizorov. The names represent the historical districts where the trams will operate, he added.

Sberbank Leasing was the sole respondent to the tender to provide the new low-floor cars which will be based at Tram Park No. 3 and used on routes in the city, Petrogradskaya district and on Vasilyevsky Island.

Tram Park No. 3 is a protected cultural site and this has in part driven the vehicle’s specification, which includes an ability to negotiate 14m curves. With limited scope for modifying the infrastructure, modern low-floor cars cannot operate here.

Uraltransmash first presented its retro tram concept at the Innoprom-2018 industrial exhibition in Yekaterinburg. Based upon its 71-415 modern low-floor platform, the company delivered 11 similar units to Nizhny Novgorod in 2021.