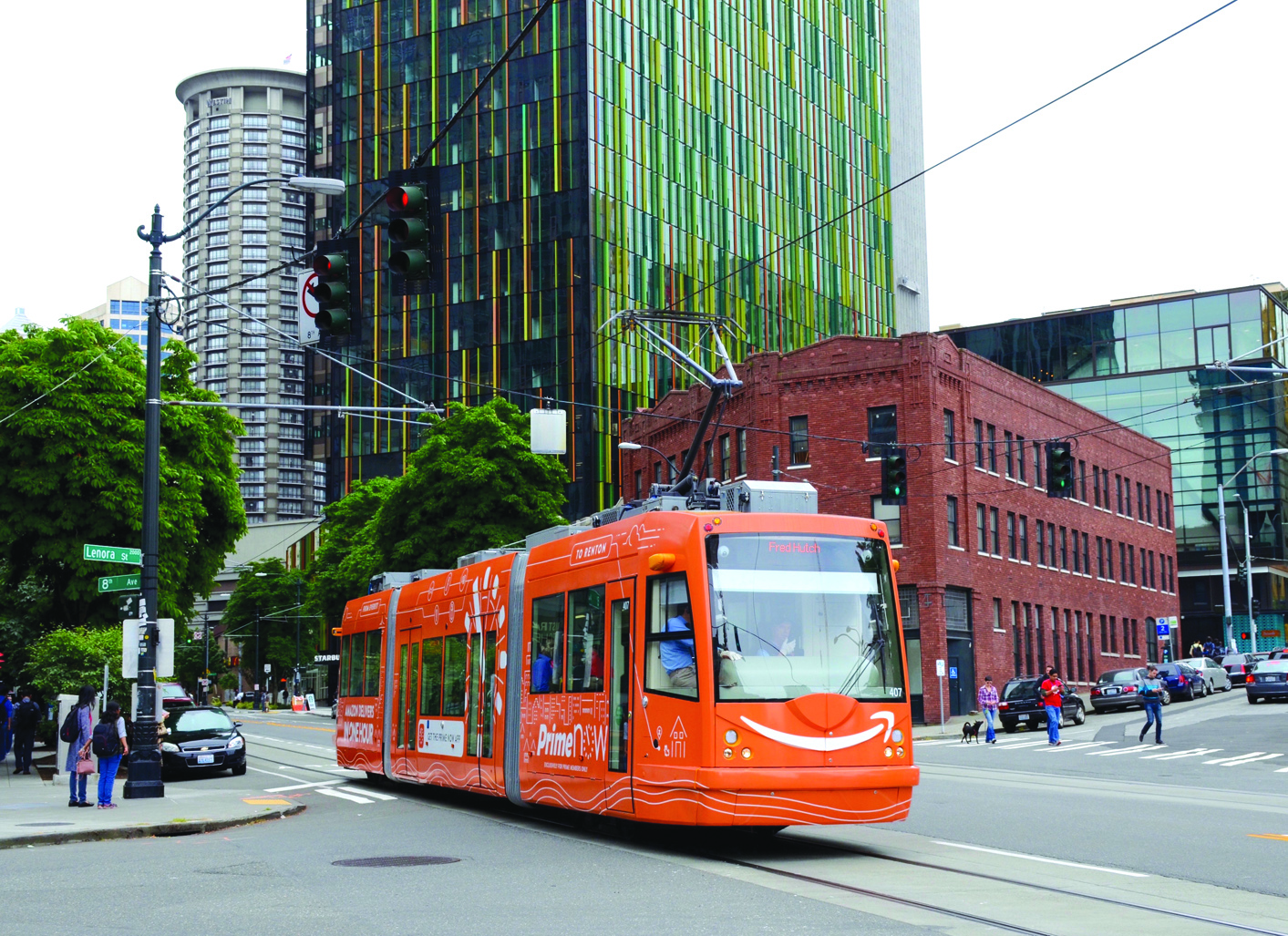 Seattle Streetcar 407 northbound on Westlake Avenue on the South Lake Union line in June 2016. The Amazon logo is prominent, while in the background is the 37-storey Amazon Tower, the group’s corporate HQ.— S. J. Morgan

Following public reaction at its open house meetings, Sound Transit has approved changes to its 25-year Draft Plan 3 that bring forward the agency’s planned light rail extensions (99km/62 miles) by two to five years. Extensions to Federal Way and Redmond will now open in 2024, to Ballard in 2035, Everett in 2036, to West Seattle and Tacoma in 2030 and Tacoma Link to Community College in 2039. The overall USD54bn cost is to be funded in part by new sales, motor vehicle excise and property taxes, which will be on the November ballot for voter approval.
In other news, the Inekon trams equipped with batteries for off-wire movement on the First Hill Streetcar are of the 121-Trio type, as distinct from the 12-Trio. As planned, 407, the additional 121-Trio purchased specifically for expansion of service on the South Lake Union Streetcar line, and financed by Amazon, is now in the active fleet of that line, joining 2007-built 12-Trio cars 301-3. Cars 401-6 are serving the First Hill line. In the spring, a shortage of motormen forced the occasional cancellation of some duties on the First Hill line, but a new class of trainees completed their training on 10 June eliminating that issue.
The five ex-Melbourne trams from the former Waterfront Streetcar line have all vacated their warehouse that is due to be demolished; 272 and 605 went to the property of Historic Railway Restoration Inc. in Arlington, WA, for indefinite storage, and will be joined by 525 as a source of parts. The others have gone to St Louis for the Delmar Loop heritage tramway.