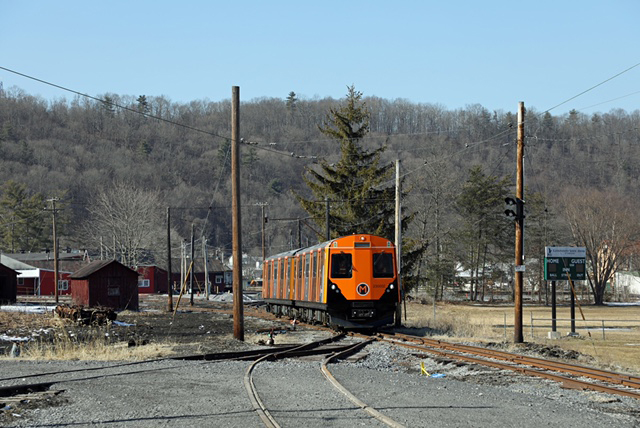 A second Vivarail Class 230 BEMU will join the ‘Pop Up Metro’ demonstration fleet in Pennsylvania. A. Grahl

Joining a unit delivered in April 2021, the new vehicles will be used by Railroad Development Corp. (RDC) to demonstrate its ‘Pop-Up Metro’ concept as a cost-effective solution for local community rail service. RDC has a 50% stake in Vivarail.

The two-car train weighs 72t and is powered by lithium iron magnesium phosphate batteries that allow for a 96km (60-mile) range, depending on speeds and gradients. Capable of 64km/h (40mph), the units use regenerative braking to recharge the batteries, with charging points at stations accomplishing the same task in ten minutes.

The Pop-Up Metro is offered as a complete leasing package that just requires a branch line or short-line railroad with temporal separation so freight traffic can continue. There are over 600 such lines in the US, carrying 30% of the nation’s rail freight.

RDC Chairman Henry Posner III said: “With two trains we are now able to act upon multiple opportunities at the same time. This is critical in positioning Pop-Up Metro as an alternative for the industry at a time when both rail access and decarbonisation have become national priorities. It also helps that the trains are stylish and comfortable.”