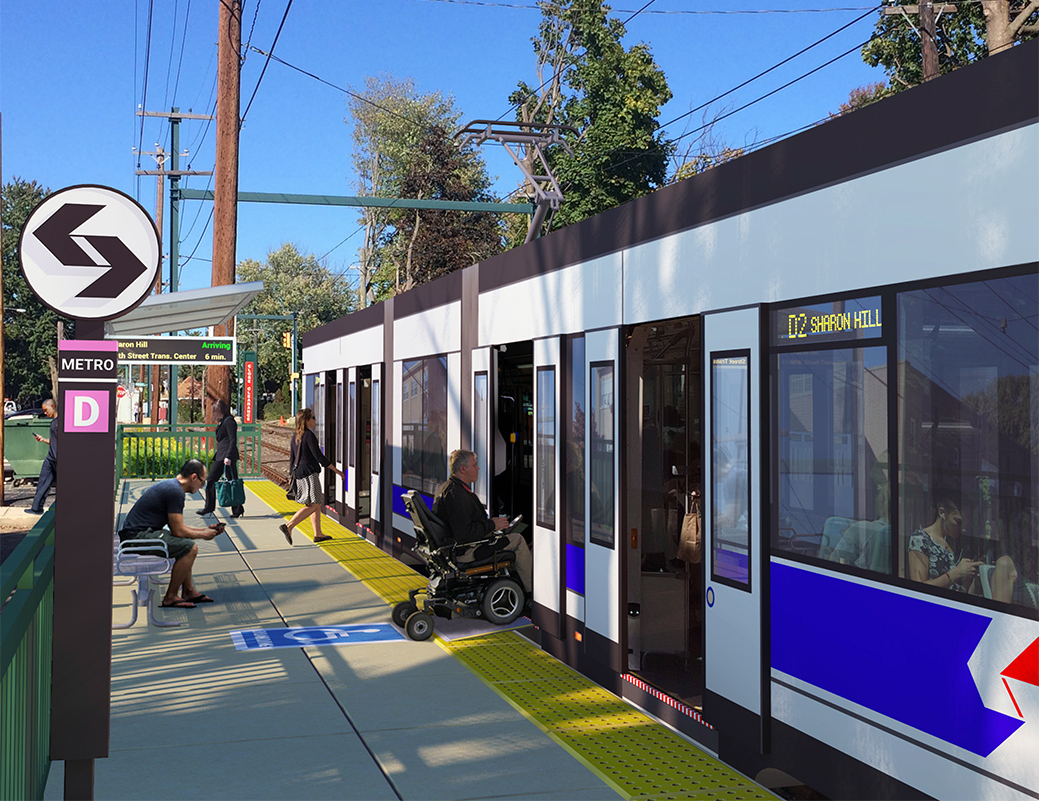 A visualisation of the level boarding arrangements with the new SEPTA LRVs and accompanying low-floor platform designs. DVPRC / SEPTA

The Southeastern Pennsylvania Transportation Authority – responsible for public transport in an area covering five counties around the city of Philadelphia, PA – has issued a Request for Proposals for delivery of at least 130 new low-floor LRVs. They are to replace the current fleet of early 1980s Kawasaki bogie cars (112 single-ended vehicles on the subway/surface city lines and 29 double-ended versions on the two Red Arrow suburban lines) on the 1581mm-gauge system which totals 109km (68 miles).

Over USD1.5bn has been earmarked for the new fleet (USD770m) and matching infrastructure works (USD770m) within SEPTA’s 2023 draft budget. The light rail system’s modernisation forms a core component of the SEPTA Forward strategic plan to create a “lifestyle transit network” which is more accessible, more reliable and can be “more easily used for any type of trip, not just traditional 9-to-5 commutes to work”.

Delivery of the new LRVs – equipped with pantographs, requiring changes to the overhead system which at present supports vehicles with trolley poles – could run until 2032 as on-street stops will also require significant rebuilding for the new low-floor cars.

“SEPTA is committed to ensuring our trolleys meet the needs of riders today and tomorrow,” said SEPTA General Manager and CEO Leslie S. Richards. “We are thrilled to start acquiring vehicles that open our trolley service to everyone.”

The authority is also seeking proposals for the planned 6.4km (four-mile) elevated King of Prussia branch of the Norristown high-speed line. This will run from a triangular junction with the existing line two stops south of Norristown to the King of Prussia Mall and Valley Forge, reaching 45% of the employment base in the local area. The cost for this project is estimated at USD390m.