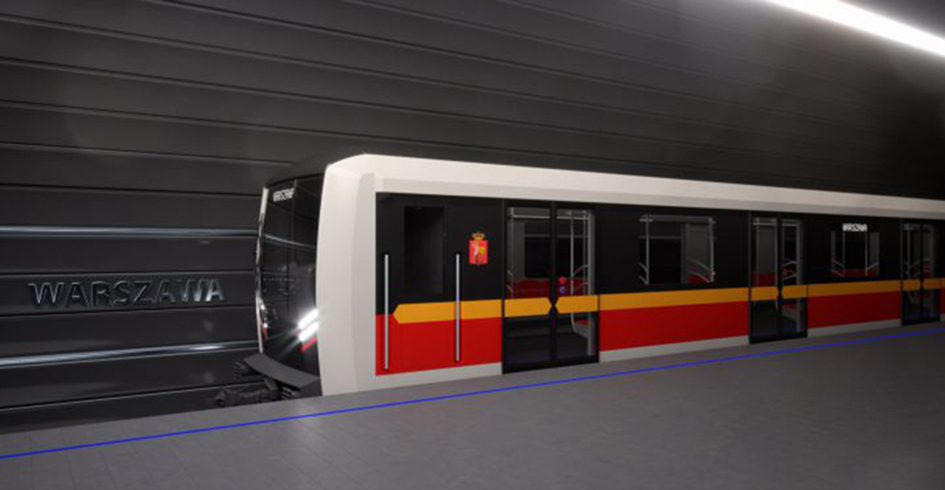 Delivery of new metro stock to Warsaw is to start next year. Image courtesy of Metro Warszawskie

Following a two-and-a-half year process, on 30 January Metro Warszawskie (MW) signed a contract with Škoda Transportation for 37 six-car metro trains, with an option for eight more. Each 90km/h (56mph) train will have the capacity to carry up to 1500 passengers.

The tender process began in 2017 with subsequent delays related to legal challenges to the first contract award in June 2018. Škoda’s offer of PLN1.308bn (EUR307.1m) beat four rival bidders and a number of the challenges surrounded the Czech manufacturer’s offer of 130-day maintenance intervals, something the other bidders claimed is not realistic. MW management says that its oldest stock, Metrovagonmash-built trains dating from the 1990s, require daily maintenance interventions, while in contrast its latest fleet additions have intervals of 60 days.

Fifteen trains are required for line M2 to maintain 2.5-minute headways, while 22 will replace the Metrovagonmash trains on line M1; the optional eight could be used to increase frequencies to two minutes, according to MW President Jerzy Lejk.

Deliveries are to begin in autumn 2021 and will coincide with the completion of two new sections of line M2 – north-east to C21 Bródno and west to C4 Bemowo (Powstańców Śląskich).