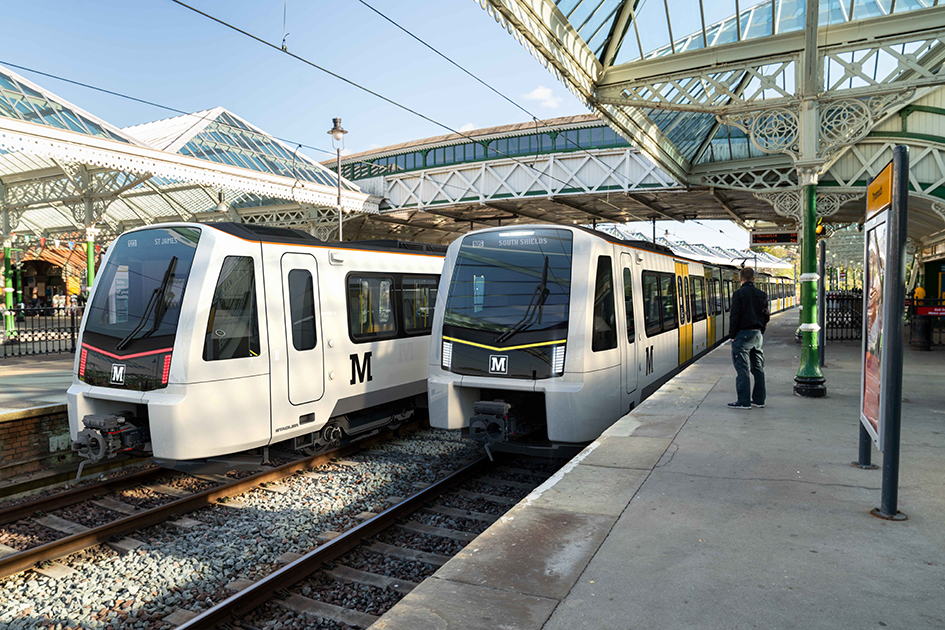 Tyne and Wear Passenger Transport Executive Nexus has awarded Stadler a GBP300m (EUR355m) contract to build its new fleet of Metro trains. Announced on 28 January, the agreement includes maintenance responsibility for the 42 bespoke trains for up to 35 years and construction of a new GBP70m (EUR83m) depot on the site of the current South Gosforth facility.

The announcement forms part of a further GBP362m (EUR428m) investment to modernise the 77.5km (48-mile) network, which currently carries 33m passengers/year. The new four-car trains promise energy efficiency improvements of up to 30%, using onboard energy storage and enhanced regenerative braking. With a greater capacity (up to 600 passengers), the units will also feature passenger upgrades such as air-conditioning, Wi-Fi, USB charging points and automatic sliding steps at each entrance to improve accessibility.

The total value of the contract, which includes decommissioning of the existing 40-year-old Metrocars, could rise to GBP700m (EUR828m), depending on performance. GBP337m (EUR400m) is being contributed by the UK Government, with the Department for Transport providing revenue support to help meet maintenance costs.

Nexus said the first trains are due for delivery in 2022, with completion of the order planned for 2024 at the latest.

The contract is Stadler’s fourth in the UK in recent years, following orders from the Glasgow Subway, Merseyrail and Transport for Wales. The Swiss manufacturer beat rival bidders CAF and Hitachi, which has a manufacturing plant in County Durham.

Tees Valley Mayor Ben Houchen called the decision “madness”, claiming that up to 250 local jobs would be put at risk at Hitachi’s Newton Aycliffe plant. However, Nexus Managing Director Tobyn Hughes said that “we asked for the best trains at the best price – based on what local people said they wanted to see, providing excellent reliability for years to come, transforming the passenger experience and delivering huge energy savings.”

Although the bespoke vehicles will be assembled in Switzerland, Nexus has confirmed that Stadler will work with over 30 supply chain partners across the UK’s manufacturing, technology and construction sectors, with half of these based in North East England.