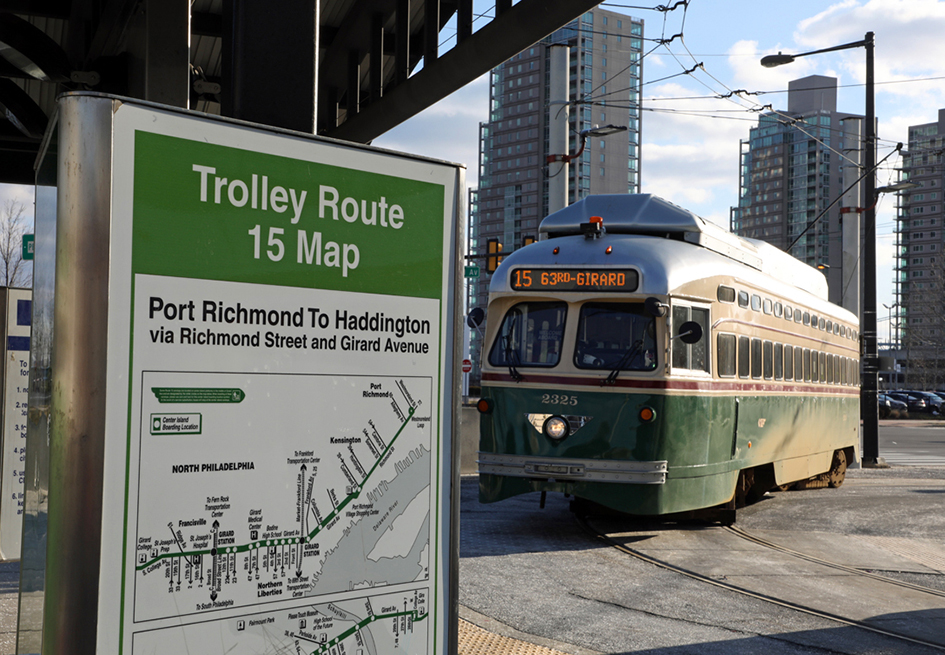 The last few days of PCC operation in Philadelphia saw many enthusiasts travel to the city; Car 2325 is on a line 15 service on 20 January. Image courtesy of A. Grahl

PCC operation in the US city of Philadelphia came to a sudden end on 25 January when line 15 (Girard) was converted to ‘temporary’ bus operation, to permit replacement of the I-95 bridge over Frankford Avenue. No announcement had been made, but news leaked out and many enthusiasts took a final ride.

The line is due to re-open in due course, but with just eight of the 18 1940s-built 14.2m PCCs (rebuilt by Brookville in 2003-05) available, SEPTA has indicated that tram service will probably not return until new articulated low-floor cars are delivered (so far not the subject of a tender). However, a public meeting was told that the closure would be used to fix the PCCs.

The 13km (eight-mile) line 15 was SEPTA’s last wholly-surface tramline, and the only one using the PCC fleet, carrying about 8200 passengers/day. SEPTA plans to invest USD1.3bn in 120 new trams for both line 15 and the subway-surface routes that use 112 Kawasaki 1980s-built trams. A report issued on 11 January showed how stops would be rebuilt to permit level boarding to the planned low-floor trams, which could possibly be in service from 2024.

Philadelphia once had 382 PCCs, but by 1992 they were used just on lines 15, 23 and 56, all temporarily converted to bus operation. Line 15 was the only one to return to passenger service.