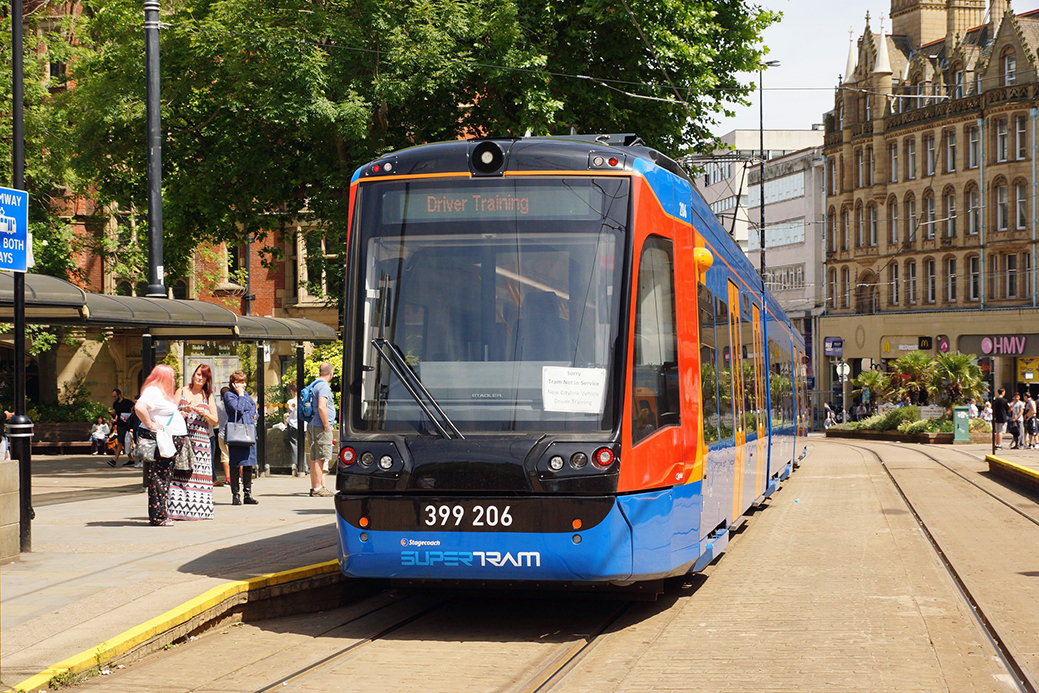 The Combined Authority was recently awarded a Government grant of GBP100m (EUR115m) to modernise the 30-year-old system, and the plan is now to create an arms-length company to operate and maintain the service. In a public consultation, 88% of residents approved this option.

Oliver Coppard, Mayor for South Yorkshire, said: “Supertram has been part of South Yorkshire’s fabric for nearly 30 years. In the next 30 years it will play a critical role in helping us achieve our net zero goal. Now I am pleased to say that it will do so as a publicly-owned and publicly-operated venture.

“Full public control of Supertram is an exciting new chapter for our tram network. It will help us develop a long-term integrated approach that fits with our wider plans for buses, rail, walking and cycling across South Yorkshire.”

Supertram grew from a 1976 recommendation to create a regional passenger transport system; a 1985 submission to the UK Parliament was more specifically for light rapid transit, with contracts for construction and rolling stock placed in 1991. The GBP240m project opened in March 1994.

In December 1997 operations and maintenance were privatised in a sale to Stagecoach which bought out the concession from the specially-constituted public body, South Yorkshire Supertram Limited, although the principal assets remained with the PTE.

The network expanded in October 2018 by the addition of the tram-train service to Rotherham, bringing the system to 34.6km (21.5 miles). Siemens-Duewag built 25 40% low-floor trams for the initial system, since supplemented by seven Stadler Citylink cars for the tram-train operation (also boosting the fleet able to be used on the basic network).

In a separate development, bus and tram fares in South Yorkshire will be capped at GBP2 (EUR2.30) from 1 November. The SYMCA has reportedly set aside GBP600 000 (EUR690 000) for the initiative, which will see some fares halved in price.

The initiative comes ahead of a national GBP2 cap on bus journeys due to begin in January, with Mr Coppard adding: “Public transport is part of the solution. That’s why we’re not just introducing the fare cap early here in South Yorkshire, we’re extending it to include trams.”

> South Yorkshire Supertram was featured in our Systems Factfile series in TAUT 999 (March 2021).