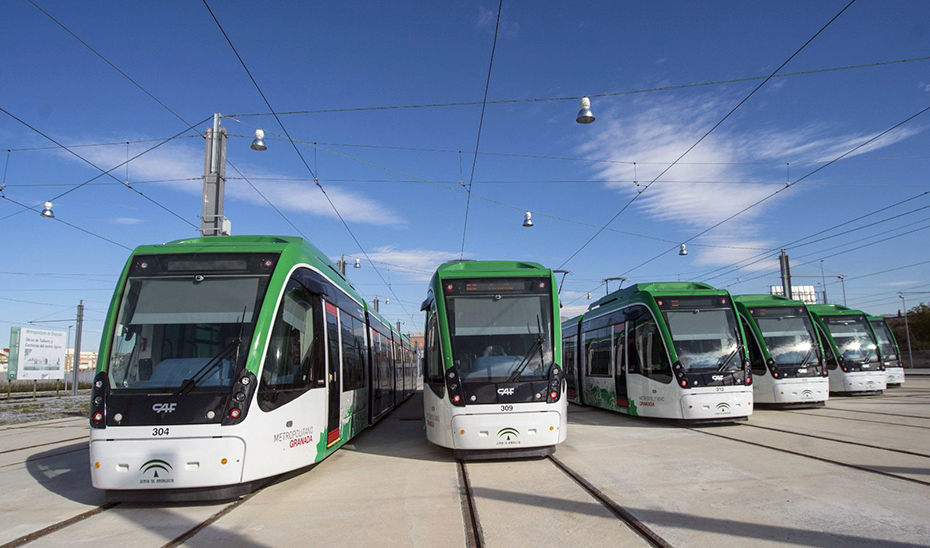 The first of eight new CAF trams for Metro de Granada is expected to be delivered within the next 18 months. Junta de Analucía

Geotechnical surveys have begun for the 4.6km (2.9-mile) southern extension of the tramway in Granada (Spain), ahead of a call for construction tenders later this year. Main works could begin in spring 2023 for a planned 2026 opening.

The six-stop extension from the current southern terminus at Armilla to Churriana de la Vega and Las Gabias is to be financed with EUR108m of REACT-EU (Recovery Assistance for Cohesion and the Territories of Europe) grant funding.

This order is fully financed through the REACT-EU economic recovery fund, with the new trams expected to enter service by summer 2024.

The Metro de Granada light rail line opened in September 2017, connecting Albolote in the north with Armilla in the south on a 15.9km (9.9-mile) route which includes a 2.7km (1.7-mile) subway in the city centre. Its fleet is comprised of 15 32.4m CAF Urbos trams, equipped with the Greentech FreeDrive onboard energy storage system for catenary-free operation on three sections of the route.