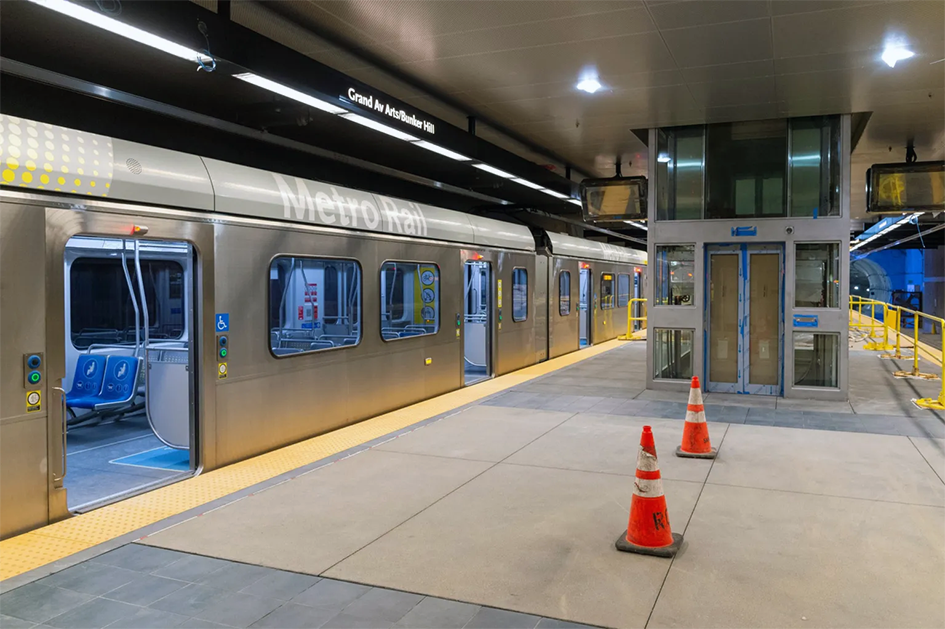 Rail systems testing is now underway on Los Angeles’ new Regional Connector LRT project. It is due to open to passengers later this year. Metro

The Los Angeles County Metropolitan Transportation Authority (Metro) has announced the completion of trackwork construction, guideway systems and platforms for the Grand Ave Arts/Bunker Hill Station as part of its USD1.8bn Regional Connector.

The most technically complex element of the 3km (1.9-mile) underground light rail link which will connect the A (Blue), E (Expo) and L (Gold) lines in downtown Los Angeles, the station is around 30m below street level. A floating slab track system has also been used to mitigate noise and vibration impacts to the community’s performing art institutions.

Once operational in the autumn, the link is expected to serve 88 000 passengers/day and save commuters up to 20 minutes on their journey times.

“To get more Angelenos to ride our Metro Rail systems, we need a connected network that gets them where they want to go without unnecessary stops and delays,” said Los Angeles Mayor and Metro Board member Eric Garcetti. “The Regional Connector is the thread that will tie our network together.”