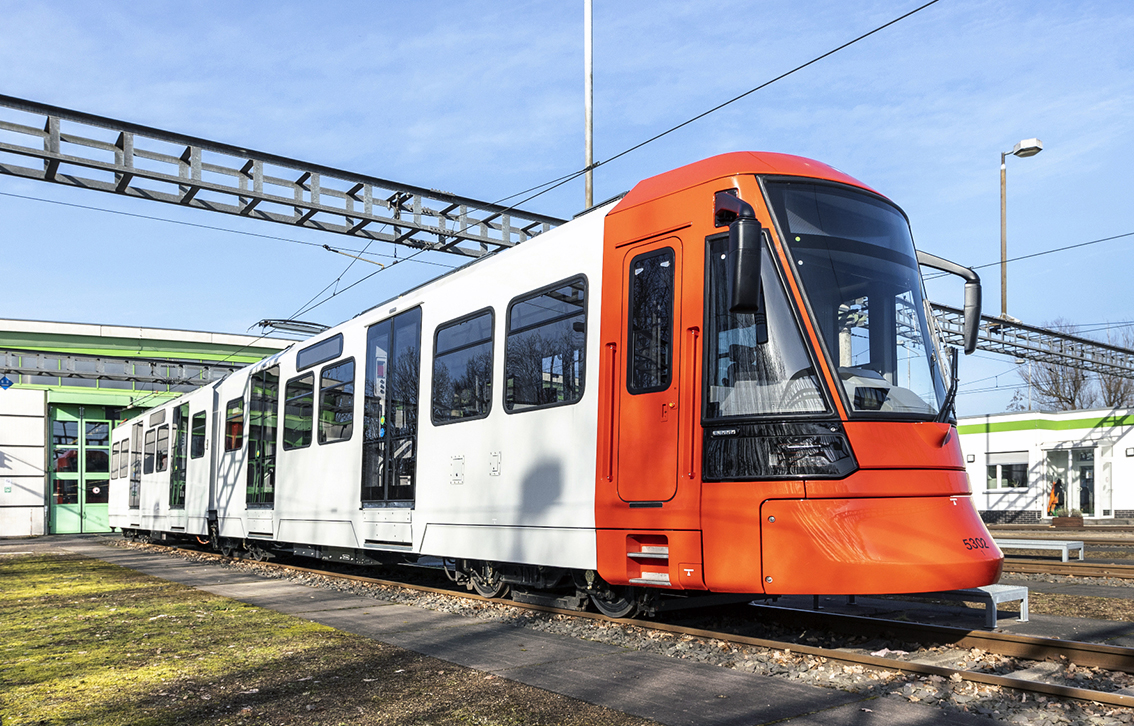 Alstom (Bombardier-designed) 5302, the second of the latest batch of high-floor HF6 cars delivered to Köln’s KVB.

Detailed planning is underway for a third Stadtbahn line between the western German cities of Köln (Cologne) and Bonn.

At present lines 16 and 18 (created from the former Köln Bonner Eisenbahn) serve the west bank of the Rhein (Rhine), with the ‘main line’ Rheinuferbahn (16) following the river and the secondary Vorgebirgsbahn (18) serving villages in the foothills. These lines are operated by coupled sets of KVB and SWB Stadtbahn-B cars. On the east bank, Köln tramline 7 runs as far south as Zündorf, but communities such as Luisdorf, Niederkassel and Mondorf currently have no rail service.

Following approval by the Rhein-Sieg-Kreis authority and the two city councils, funding was released in 2022 for detailed planning of the future line 17. This will involve 21.3km (13.2 miles) of route from a new bridge over the river near Gosdorf on line 16 to Langel-Süd on the east bank. There it will meet a future extension of line 7 from Zündorf) and on via Luisdorf, Niederkassel and Mondorf to meet the Bonn-Siegburg line 66 in Beuel. The corridor will serve 60 000 residents, 12 500 of whom commute to Köln or Bonn.

A ten-minute peak service is proposed and passenger service could begin in 2030. The line could be worked by some of the 22 Stadtbahn cars ordered by Bonn earlier this year, and the Alstom HF6 cars ordered by KVB.

Covering nearly 200km (120 miles), Köln’s Stadtbahn developed out of the city’s tramway, with the first tunnel in the city centre opening in 1968.