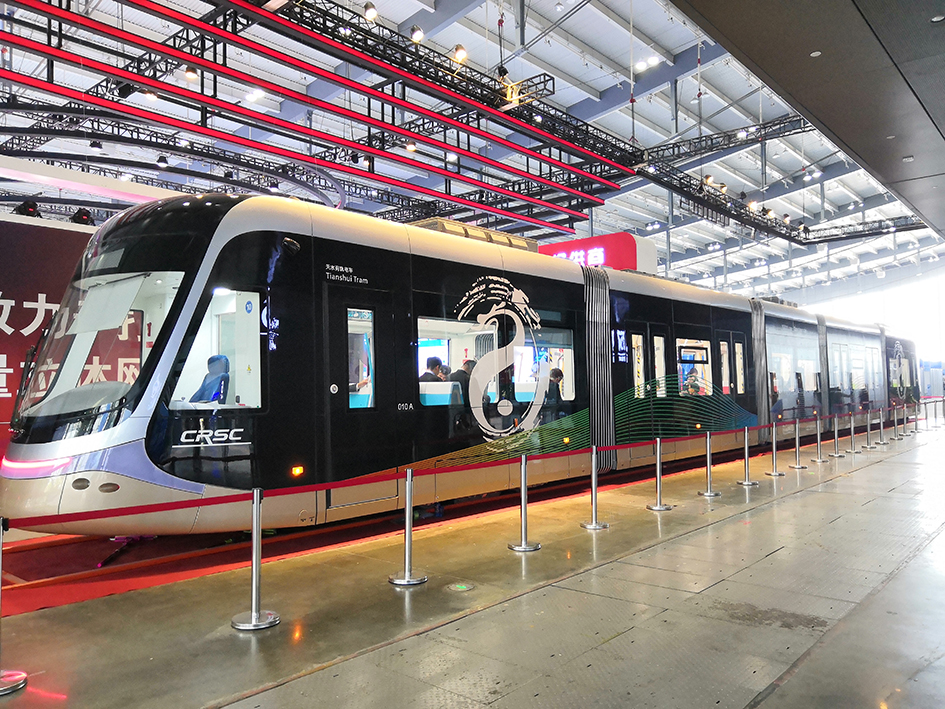 Tianshui – the second-largest city in China’s north-west Gansu Province, population 3.5m – opened the first 12.9km (eight-mile) phase of its new tramway on 1 May.

Located in the valley of the Jie river, Tianshui is a major industrial centre with an important tractor factory. In order to relieve urban traffic, the city launched its rail transit studies at the end of 2014 and in 2015 the Municipal Party Committee and the City Council confirmed plans to build an east-west light rail line, with an investment of CNY3.1bn (EUR385m).

A ground-breaking ceremony was held on 18 October 2015, with the city adopting a PPP model to ensure rapid progress. Civil engineering was undertaken by CRSC Construction Group using electrical and mechanical equipment from CRSC Shanghai Engineering Bureau. The new line has taken two years to build, with commissioning and testing beginning in November 2019. A dummy service was introduced on 22 March 2020.

Line 1’s first phase starts at Wulipu in the western Qinzhou district and runs via Xianjialu village and Maiji bus station to Tianshui railway station with 12 stops. A fleet of 17 five-section 100% low-floor Boyue trams (capacity for 370 passengers, 58 seated) have been delivered by China Railway Signal & Communications Group to provide a ten-minute peak service (15 minutes off-peak). Trams run 06.30-21.30. They are the first low-floor trams in China not built by one of the CRRC subsidiaries and feature hybrid battery and supercapacitor power systems, recharged via pantograph at stops.

Further construction is underway to take the line to 20.2km (12.6 miles) with 17 stations by extending to Tianshui No. 3 Middle School in the east, and from Wulipu to Qinzhou West Bus Station in the west, with a branch to Tianshui South railway station. This is the station for the high-speed line to Xian, opened in 2017.