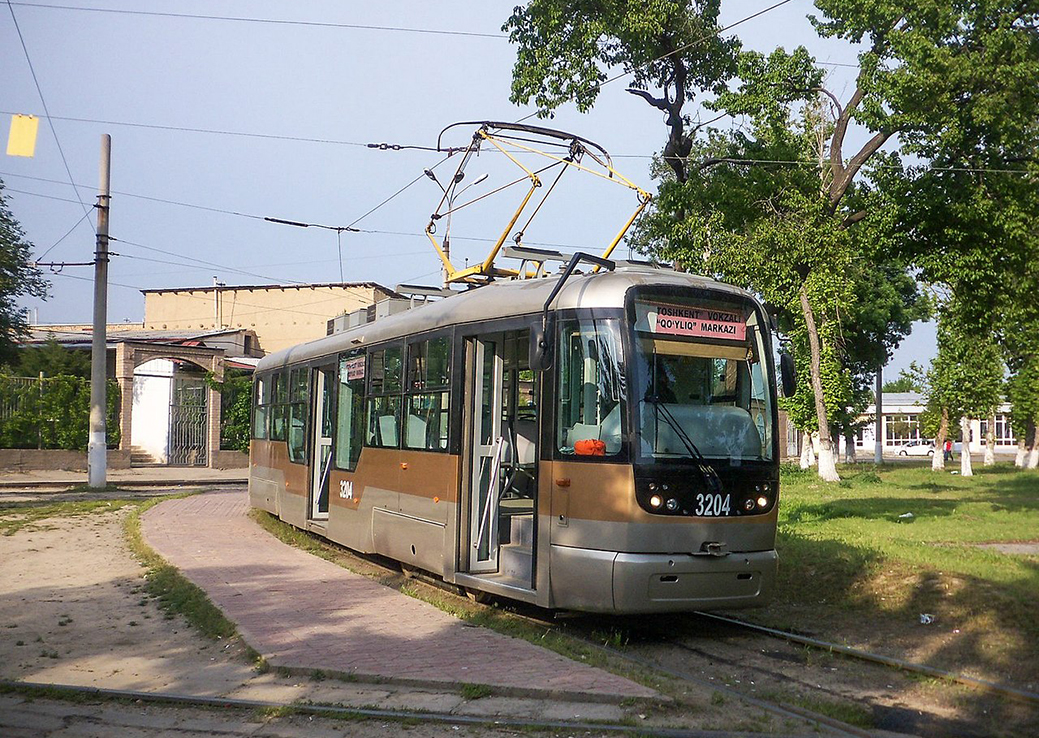 Work to introduce two new tram routes in the Uzbek capital, Toshkent, is due to begin in 2023. S. Bolashenko / CC BY-SA 3.0

Technical and economic studies for the reinstatement of two tram routes in Toshkent are to be presented in August. The Uzbekistan capital’s last trams ran in May 2016, ending 115 years of service.

Four of the system’s VarioLF trams, imported from Czech consortium Pragoimex in 2011, were subsequently transferred to Samarkand (300km/186 miles to the south-east) ahead of the launch of a tramway in the city in March 2017.

On 29 March 2016 then Mayor Rakhmonbek Usmonov declared that Toshkent’s ‘ineffective’ tramway would be closed in order to provide additional road space in a bid to reduce traffic congestion. Parallel bus services began on 5 April and tramlines 12 and 26 closed on 12 April, line 8 on 24 April and the final line, 17, on 2 May.

In February this year, Uzbek President Shavkat Mirziyoyev confirmed a reversal of this policy, saying: “Many letters and appeals from citizens have been coming in on this matter. The world is turning to a green economy and energy. I think that we can rebuild the tram as a safe and environmentally-friendly means of transport.”

More detailed information was released during a July visit by Tbilisi Mayor Kacha Kaladze, including plans to restore tramway service to Shota Rustaveli Street in the capital’s central area. Proposals for two routes are now being prepared for approval by the President: The first would link the north-eastern TTZ district to North Station, installed in two phases; a second would run from the Ippodrom shopping centre in the south-west to North Station.

“Why did we choose these two points? A large flow of passengers from Toshkent region enters the city through these two points. In order to prevent traffic flow, we are marking the tram routes here, where the metro routes are not repeated,” said Anvar Juraev, Head of the Toshkent transport department.

Work on re-establishing a workforce for the city’s tramway division has reportedly already begun, with recruitment of former drivers and the appointment of international engineering specialists.

At its peak, Toshkent’s tramway employed 500 trams across a 12-line system, converted from its original metre-gauge to the Soviet 1524mm gauge in 1936.