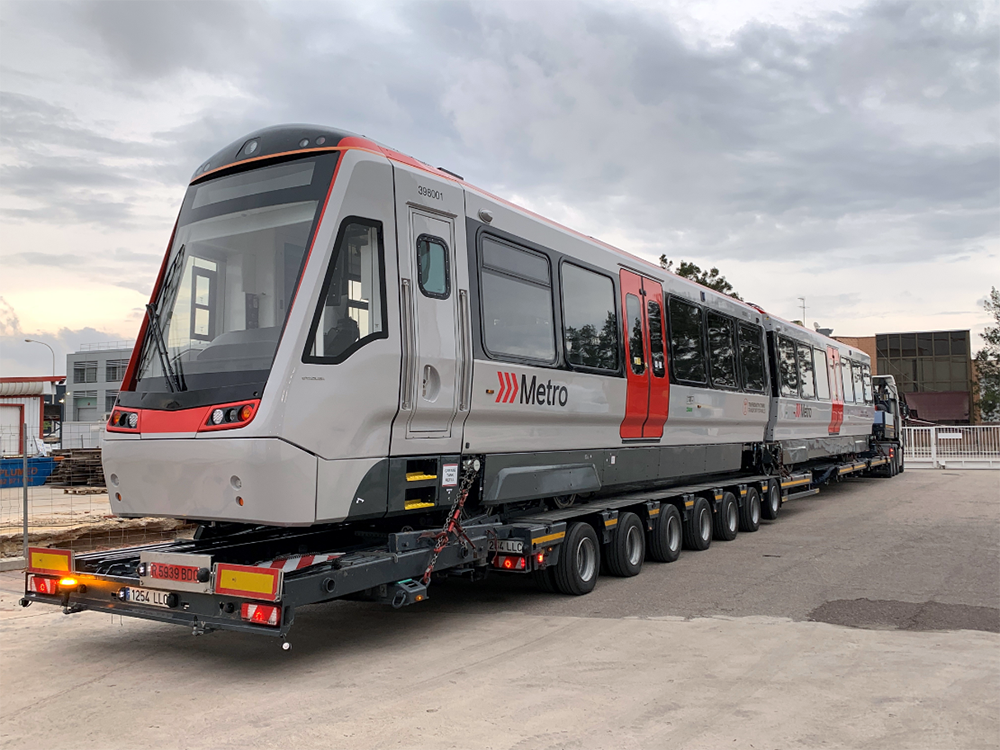 The first Stadler Citylink tram-train for the South Wales Metro arrived in the UK in May. Once in passenger operation they will allow more frequent services on routes to Merthyr Tydfil, Aberdare and Treherbert. Transport for Wales

Proposals for a tram-train scheme to serve a ‘North West Corridor’ (NWC) from Cardiff have been published in a new report, The Case for a Llantrisant to Cardiff Metro. Initial estimates put the cost of delivering the project between the Welsh capital and Taff Ely at GBP500m (EUR575m).

Construction would include the re-use of disused rail formation, and services would tie in to the existing South Wales Metro scheme. The report, prepared by transport consultancy Cogitamus, includes an estimated GBP100m (EUR115m) toremodel Cardiff West station and allow more than eight trains per hour to run from the City Line/NW Corridor through to Cardiff Central and Crossrail.

In the interim, ‘quick wins’ could include work to increase capacity at Cardiff West Junction to allow four trains per hour on the City Line, and the development of a network of express bus routes.

Cogitamus Policy Director Katie Allister said: “This would allow the frequencies that we were talking about on the City Line to be raised from two to four trains per hour and you are looking at a GBP20m to GBP30m pricetag for that.

“Hugely different, yes, but they are each necessary stepping stones. You need that first bit of work at Cardiff West to allow that more strategic long-term solution to be delivered.”

The term ‘North West Corridor’ describes part of Cardiff West bordered by the A4232 link road in the west and the A470 and Merthyr railway line in the east. This extends to the communities known collectively as Taff Ely, along with Fairwater, Danescourt and Creigiau, as well as forthcoming developments at Plasdwr and Junction 33 of the M4 motorway.

“Such is the success of the Metro programme that it is already time to look at how it can be expanded”, Welsh Senedd members Mark Drakeford (Cardiff West) and Mick Antoniw (Pontypridd) write in the report’s foreword.

“Finding ways to bring a former train line back into being, using contemporary transport possibilities, seems to us to be a solution waiting to happen.”

The project would support the Welsh Government’s target of ensuring that 40% more journeys are made by public transport than by private car by 2040. Mr Drakeford added that initiatives such as this are vital to support the needs of a rapidly growing population.

“When you provide houses for people then you have to provide all the other things that go alongside that and transport is one of the key things that we need in order to make sure that the things that make Cardiff an attractive city can go on being attractive to people”, he said.

“Being able to move easily around the city from where you live to where you work, to where you will spend your leisure time and so on is fundamental in making that growth in housing an asset to the city rather than something that becomes an impediment.”

Both the short-term improvements and long-term vision would require funding from the UK Government, according to the report.

Being delivered in phases, the South Wales Metro is made up of a series of schemes designed to create an integrated transport system. The multi-billion-pound programme involves improvements to the existing network through the transfer of around 137km (85 miles) of route and other Network Rail-owned assets known as the Core ValleyLines,significant track remodelling, new stations and signalling systems, and the creation of tram-train services using whatis termed ‘smart electrification’.