Trams to return to Kiel 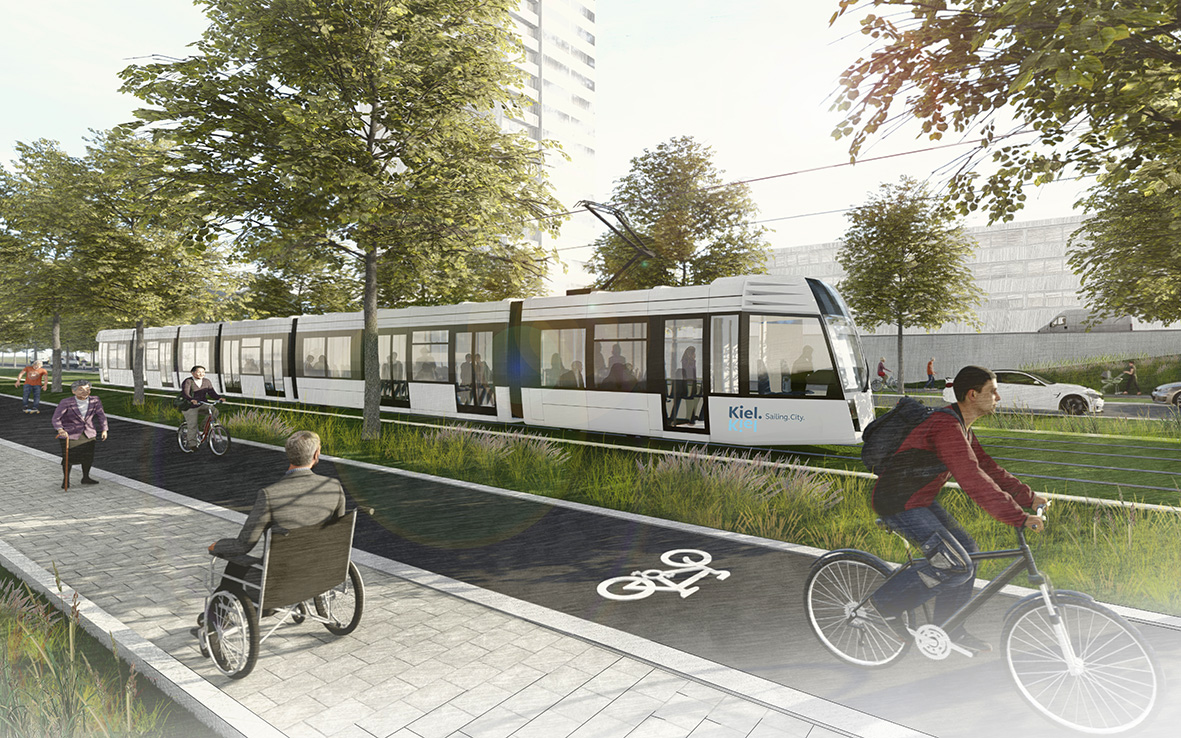 An artist’s impression of modern low-floor trams on the streets of Kiel. Ramboll

Kiel converted its last 1100mm-gauge tramline to bus operation in May 1985. However, since the turn of the century there have been a number of plans to bring light rail back to the north German port city (population 247 550), including the concept of a ‘Karlsruhe Model’ with LRVs running on local rail lines and onto the city streets. This was rejected by local politicians in 2015, after which studies switched to bringing back trams to city lines.

Option studies, including both light rail and Bus Rapid Transit, have been carried out since 2020 and showed that trams performed significantly better than BRT with lower operating costs (EUR6m/year) and better operational stability and reliability. An additional consideration is that according to the Municipal Transport Financing Act only rail-bound projects are eligible for federal funding. This could cover up to 90% of project costs for a tramway whereas there are currently no national grants available for BRT.

A 35.8km four-line network is planned, requiring a fleet of 46 double-ended 45-54m low-floor trams; the first line could open in 2034 (15.7km FH Kiel – Hbf – Suchsdorf), marking the first reintroduction of trams in a major German city for over 30 years.

Four committees of the city council (Building, Economy, Finance and Interior and Environment)

have now jointly recommended that final tramway studies should go ahead with formal approval expected by the council on 17 November. Against a background of the broad coalition in support of the project, this should be a formality.