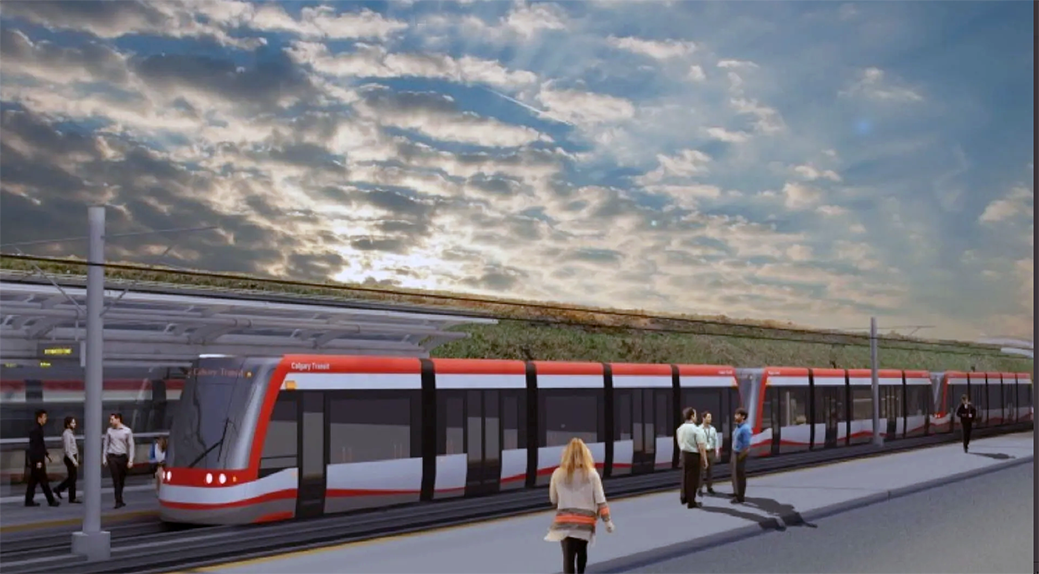 An artist's impression of the proposed Green LRT line in Calgary. City of Calgary

Following a Request for Qualifications (RFQ) in March, two consortia have been shortlisted for the design-build-finance contract for the first 18km (11.2-mile) phase of Calgary’s Green light rail line.

Bow Transit Connectors (Barnard Constructors, Flatiron Constructors and WSP Canada) and City Link Partners (Aecon, Dragados, Acciona, Parsons and AECOM) are to progress to the Request for Proposal (RFP) stage. It is planned to award the CAD5.5bn (EUR4.2bn) contract for the low-floor north-south line in early 2023, launching a year-long development phase ahead of a ground-breaking in early 2024.

Of the 13 stops planned for the first stage, two will be elevated and four will be located in a subway under the city.

Approved in 2017 and designed to be delivered in phases, the Green line is the largest infrastructure project in the Canadian city’s history and will eventually see a new 46km (28.5 miles) double-track line with 28 stops.

In November 2021, an order was placed with CAF for 28 seven-section 42m Urbos 100 trams; each will carry up to 288 passengers, 73 seated. With options for a further 24 units, the contract includes spare parts, depot and testing equipment, and could be worth up to EUR300m. The order marked CAF’s first rail contract in Canada.