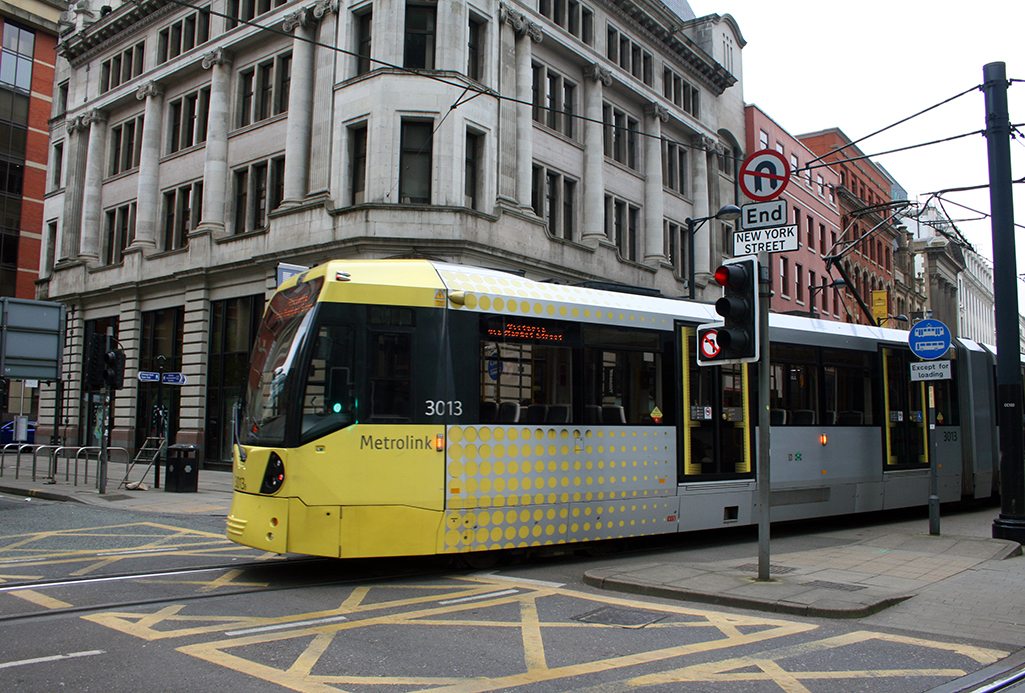 Greater Manchester’s Metrolink light rail system is seen as a major catalyst for the successful regeneration of many areas of the region it serves. TAUT

The UK’s National Infrastructure Commission (NIC) has said that work on plans to develop mass transit systems for the country’s biggest cities “needs to start now” if the country is to live up to its climate change and ‘levelling up’ commitments.

Providing ‘impartial, expert advice on major long term infrastructure challenges’, the NIC was set up in 2015 specifically to support government policy-making. Its endorsement of the creation of urban transit networks outside London comes in its latest report, Getting Cities Moving: Adaptive Transport Solutions for an Uncertain Future, published on 30 June.

The UK has seen limited development of modern LRT, with only six new systems having been built since 1992, and the NIC asserts that the needs of each city will vary with some more suited to bus rapid transit rather than transit than light rail.

However, writing that the UK Government has recognised the priority of ‘levelling up’ around the country, the body argues that: “Where central government can best support cities is in providing stable and secure funding to help provide for mass transit systems, as it is planning to do in West Yorkshire.”

The report adds that “substantial investment in new forms of mass transit may be appropriate to improve capacity and the relative attractiveness of public transport”, adding that future planning needs to be robust and adaptable to a range of future scenarios.

Under the West Yorkshire devolution deal, the region is able to access GBP4.2bn (EUR4.8bn) for urban transport development, from 2022-23.

The NIC also considers that the “aim of urban transport policy should not be, as sometimes is suggested, to get people to travel less – if the government is to achieve its levelling up aim it should be making it easier for people to make more of the trips they want to into cities and towns. Instead, the aim should be to shift demand from cars to forms of transport that can move people around urban areas more efficiently.

“By shifting, not reducing, demand, cities can keep the productivity benefits that flow from employment density without increasing congestion.”

While its initial report covers general principles rather than detailed recommendations for specific places, the NIC says: “In the most congested cities, it is likely that only high-capacity mass transit will allow more people to access the employment and leisure opportunities that will help levelling up.”

Getting Cities Moving is to be followed by a more detailed ‘second assessment’ which will consider what the transport infrastructure requirements could be, “specifically exploring the case for investment in mass transit and other urban transport interventions, as well as options for improved use of or upgrades to existing systems.”

That assessment is due in the second half of 2023.