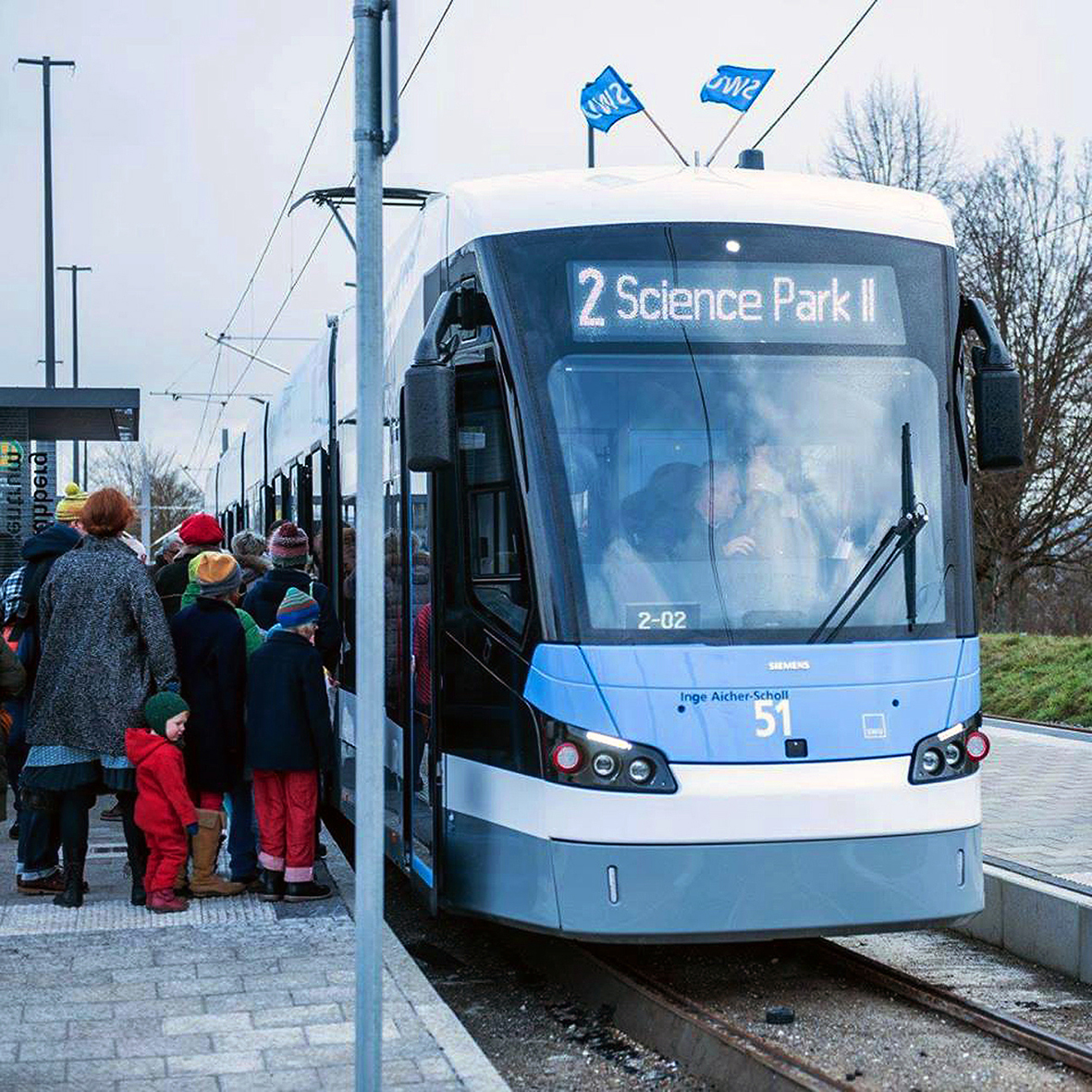 Free rides on the first day of service on Ulm line 2 were popular, especially with local children. Image courtesy of SWU

Saturday 8 December saw the opening of tramline 2 in the German city of Ulm, presided over by the Green Party Transport Minister of Baden-Württemberg, Winfried Hermann, and Ulm Mayor Gunter Czisch.

The 9.8km (6.1-mile) line, which shares almost a kilometre of tracks from Theater to Ehinger Tor with line 1 in the city centre, links Wissenschaftstadt Science Park II in the north-west with Kuhberg Schulzentrum in the south-west, passing the main railway station (Hbf) on existing tracks. The opening brings the total length of the system to 19.1km (11.9 miles).

The project was approved in May 2015, representing the largest infrastructure project in the city’s history, opening up tramway service to more than 20 000 residents in this city of 121 000. Line 2, which operated its normal timetable from 9 December, is expected to carry 8300 passengers/day, taking 5500 private cars off the roads. The EUR270m project was part-funded with a federal grant of EUR65m, including a new bridge (Kienlesbergbrücke) for pedestrians and trams to take the new tracks to Wissenschaftstadt across the existing line 1.

A rolling stock contract worth EUR31.5m was placed with Siemens for 12 Avenio M 31.5m metre-gauge trams (51-62) that were delivered from the Wien (Vienna) factory. They joined ten Combino five-section trams (41-50) delivered in 2003 and 2008 for line 1. There is an option for six more Avenio M trams that will be exercised if further extensions at both ends of line 2 are approved.

The new aluminium-bodied trams have an unladen weight of 38t and use Siemens’ Tram Assistant collision warning system, based on the autonomous tram driving system demonstrated in Potsdam in September 2018.