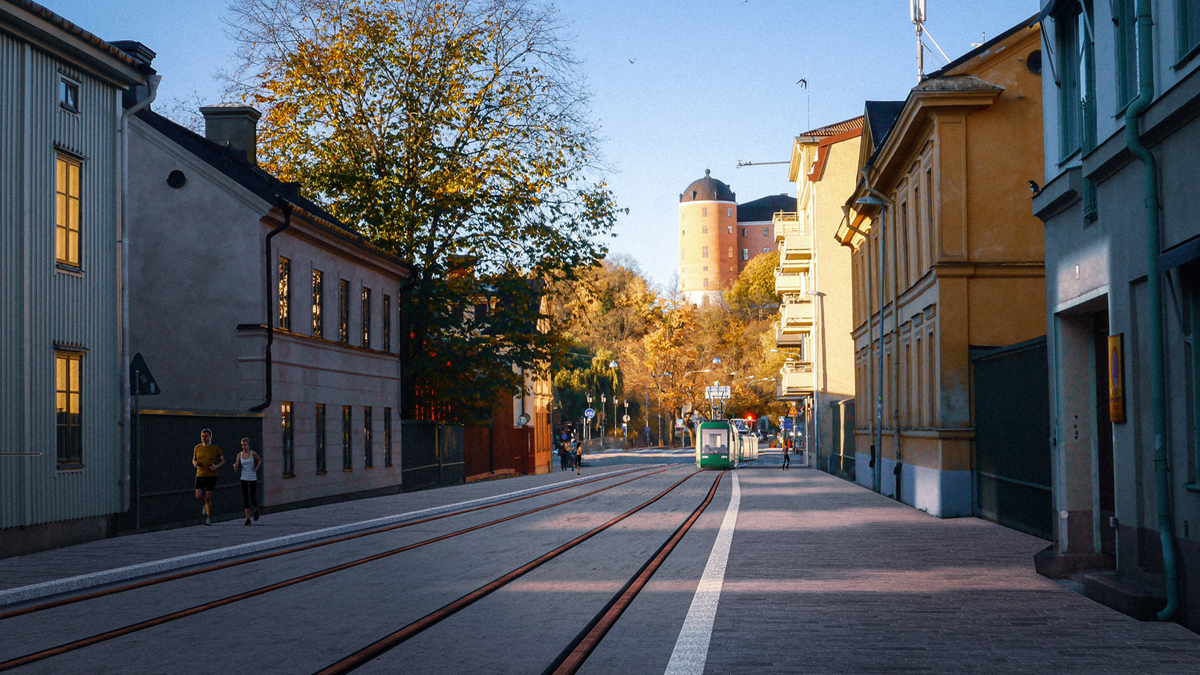 An early artist’s impression of the new tramway for Uppsala, Sweden. White Arkitekter

Uppsala Municipality and the Uppsala Region will receive SEK2bn (EUR190.5m) towards its planned 17km (10.6-mile) tramway project from the Swedish Transport Administration, within the framework of the urban environment agreement.

Announcement of the funding package, the largest of its kind from the Swedish Transport Administration, was made on 19 May with the requirement that the tramway should be operational in 2029.

The standard-gauge line will run between the planned railway station in Bergsbrunna via Ultuna, Gottsunda and to the city’s Central Station. A fleet of 30m trams are expected to be ordered, carrying up to 80 000 passengers/day by 2050.

With a planned budget of SEK6.1bn (EUR581m), a previous grant of over SEK900m (EUR85.8m) has been made so the state will now meet around half of the total cost of the project. Additional urban environment agreements will be sought for the termini at Uppsala C, Uppsala S and the new station at Bergsbrunna.

Chairman of the municipal board Erik Pelling said: “This is very gratifying and confirms there is a great need for high-capacity public transport in the form of trams. For Uppsala residents, the tramway creates fast and secure connections between important destination points and we provide more space for the people in the street environment.

“The work with the detailed plan, permit and other preparations for implementation is now continuing and the necessary decisions will be handled by the municipal board.”

Planning for a high-capacity mass transit system began in 2010, with a tramway selected as the preferred alternative in 2021. SYSTRA was appointed as design and technical advisor in December 2020.

Uppsala had a first-generation tramway which opened in 1906 and closed in October 1953.