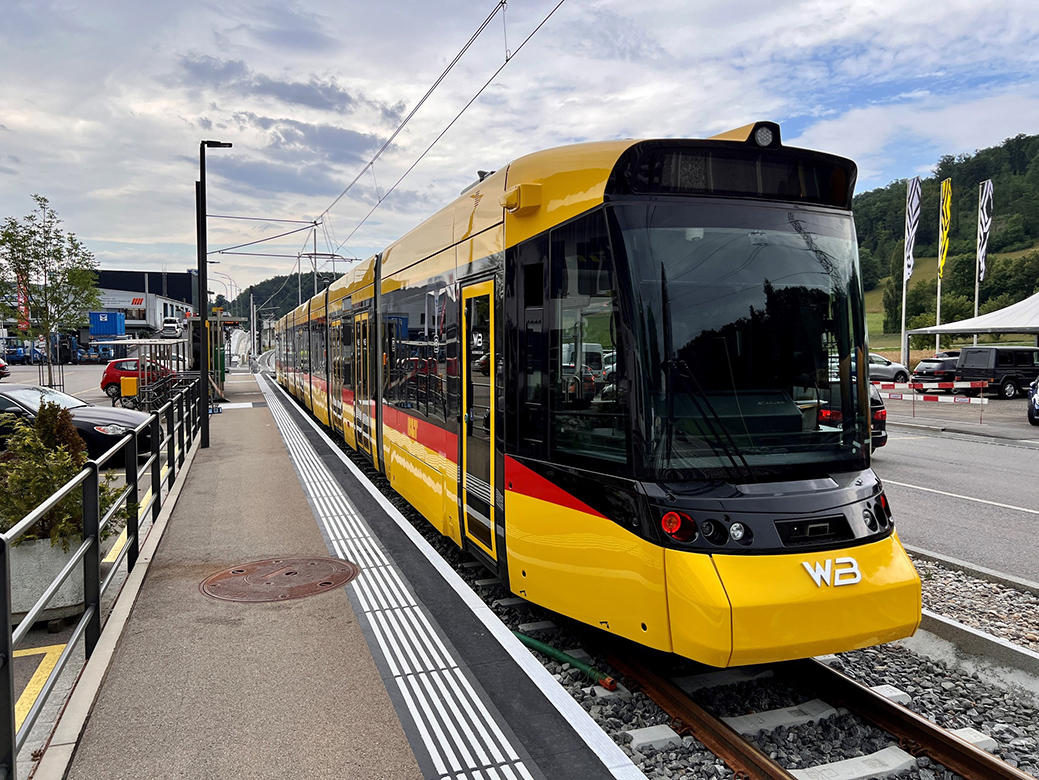 The first Tramlink for the modernised Waldenburgerbahn on test on 4 July. Baselland Transport

The first of ten Be6/8 Tramlink LRVs which will operate the modernised Waldenburgerbahn south of Basel, Switzerland, from December has been delivered to the Grüngen depot in Bubendorf.

Car 101 was delivered in three sections from Stadler Valencia’s Spanish factory and re-assembled overnight after being winched onto the track. The first runs took place on 4 July between Altmarkt and Lampenberg.

The seven-section 100% low-floor cars were ordered by Baselland Transport in April 2019 to replace the current Waldenburgerbahn fleet, which dates from 1985-93. The vehicles are part of a joint procurement with Aargau Verkehr which has bought eight similar Tramlink cars for the Limmattalbahn project in Zürich.

The 13.1km (8.1-mile) single-track railway from Liestal to Waldenburg closed in April 2021 to facilitate an extensive CHF300m (EUR302m) modernisation, including conversion from 750mm to metre-gauge. Infrastructure work is continuing throughout July and August with test operation across the full route to begin in October ahead of an introduction to passenger service on 11 December when it will become BLT line 19.