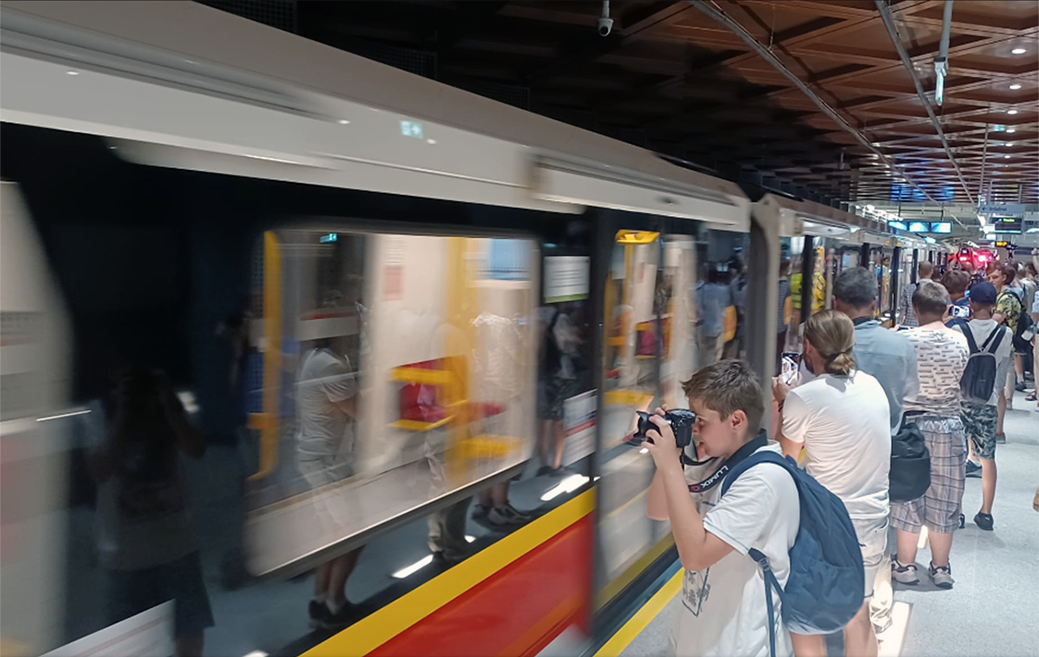 Passengers crowd the platforms at Bemowo station on the opening day of the latest extension to the Polish capital’s M2 metro line, 30 June. Metro Warszawskie

The latest extension to line M2 of the Warszawa Metro (Poland) opened on 30 June, adding 2.1km (1.3 miles) west from Księcia Janusza to Bemowo and an intermediate station at Ulrychów.

Built by a consortium of Gülermak and Astaldi under a PLN959.3m (EUR204m) contract signed with Metro Warszawskie in November 2018, this section of the M2 line was initially due to be handed over in November 2021. Effects of the COVID-19 pandemic made this impossible, however; a request for an extension was granted, giving a new deadline of July 2022.

The Polish capital’s M2 metro line now totals 15.2km (9.4 miles) with 15 stations. The end-to-end journey time from Bemowo in the west to Trocka in the east is 27 minutes.

Further expansion is underway at both ends of the line. Next to open will be a 3.9km (2.4-mile) section north-east to Bródno in the Targówek district. With three new stations, this project is due to complete in August ahead of a September opening and also adds underground sidings with 11 parallel tracks.

Holding tracks have been installed behind Bemowo station which will be used by services to the eventual western terminus of Karolina. This will mark the final 3.9km (2.4-mile) section to be added under the current plans, and includes two more intermediate stations and a new depot. If work begins on the extension to Karolina this year, as is hoped, the full 23.1km (14.4-mile) line could be inaugurated by the end of 2025.

Present at the opening, EU Commissioner for Cohesion and Reforms, Elisa Ferreira said: “On behalf of the European Commission, I signed an agreement with the Polish Government to provide Poland with EUR76bn by 2027 for the further development of the entire country. The metro is an example of good use of resources – it improves the quality of life and reduces air pollution.”